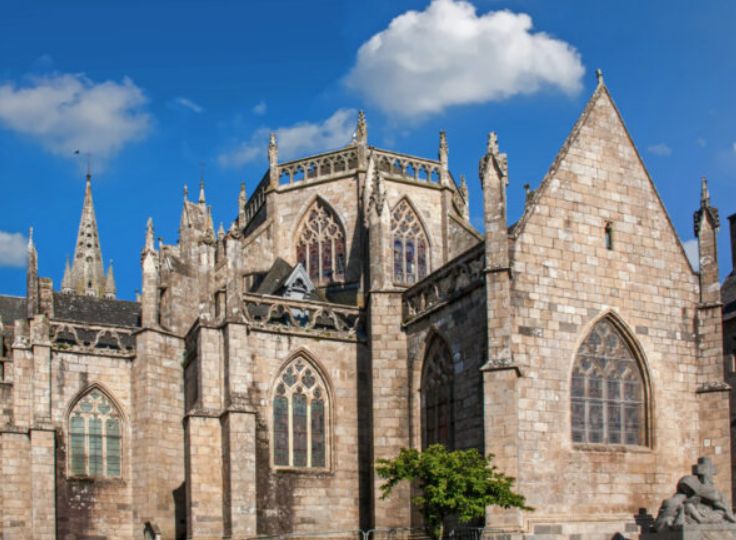 Arson is suspected by investigators after a fire broke out at the cathedral of Saint-Pol-de-Léon on Thursday evening in what could be just the latest arson attack on a Roman Catholic church in France.

The fire is believed to have broken out at around 5:30 p.m. on Thursday evening in the commune of Saint-Pol-de-Léon, located on the north-west coast of France in the Brittany region.

A total of 13 firefighters arrived on the scene at the Saint-Paul-Aurélien Cathedral, which was built in the 13th century, along with local members of the gendarmes, Ouest France reports.

According to the broadcaster, at least a dozen chairs appeared to have been set on fire inside the historic cathedral, lit by candles and causing significant amounts of smoke in the building.

The Mayor of Saint-Pol-de-Léon, Stéphane Cloarec, said that their fires appeared to have been set deliberately.

No one was injured as a result of the fire and the damage to the structure is said to have been minimal, with the cathedral able to reopen the following day.

Built between the 13th and 15th centuries, the cathedral has been classified as a historical monument in France since 1840. It was built on the site of an ancient wooden church believed to have been built sometime in the 4th century.

The alleged arson attack is just the latest against a Catholic church in France and comes just a year after a 36-year-old man was suspected of setting fires in four different churches in October and November of last year in Boulogne and Portel.

Several other cathedrals in France have also been targetted by arsonists, including the Saint-Pierre cathedral in Rennes in 2020, which saw arsonists place a large trash bin by a side door of the cathedral and light it on fire in an attempt to burn the cathedral.

That same year in Nantes, a Rwandan migrant was arrested for setting the Cathedral of St Peter and St Paul on fire, causing serious damage and destroying its grand organ and stained glass windows.

Last month, Abayisenga was finally indicted for the murder after spending over a year in a psychiatric facility.