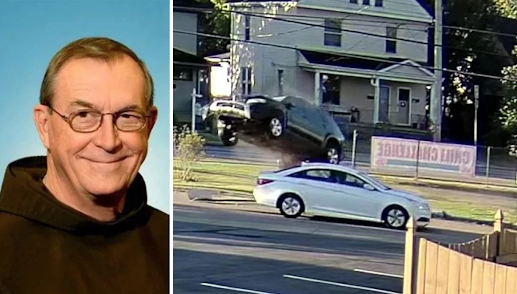 Father John Bok OFM, 87, a retired physics teacher, escaped a major collision on October 2, feast of the Guardian Angels.He was on his way to preside a Eucharist at St Andrew Church in Milford, Ohio when a young man driving a SUV near Bok had a seizure behind the wheel. His car went off-road, rammed an obstacle, went airborne over Bok’s car without touching it, and landed on all four wheels.Bok told CatholicNewsAgency.com (1 November) that this was "a miracle". Being blind in his left eye and having poor hearing, he had mistaken the flying vehicle for a bird. It was only after the Eucharist that a police officer told him what had happened.

The young man was not hurt.