Charity lived among the first Christians 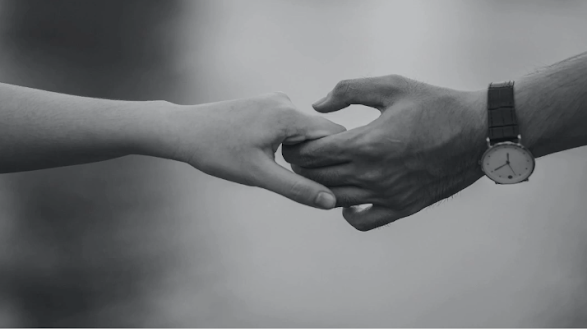 One of the readings for today's Mass is from the Epistle to Philemon, the shortest of St. Paul's letters, and one of the most moving. It is a familiar letter sent to a Christian in Colossae about a slave, Onesimus, who had run away from his house and was converted to the faith in Rome by the Apostle's zeal. It is another example of the universal spirit of primitive Christianity, which welcomed in its midst wealthy people, such as Philemon, or slaves, such as Onesimus. This is how St. John Chrysostom puts it: "Aquila exercised his manual profession; the seller of purple, at the head of a workshop; another was a prison guard; another was a centurion, like Cornelius; another was sick, like Timothy; another, Onesimus, was a slave and a fugitive; and yet none of this was an obstacle for any of them, and all shone for their holiness: men and women, young and old, slaves and free, soldiers and countrymen".

It is possible that at first St. Paul thought of keeping Onesimus in Rome to help him, but he soon changed his mind and decided to send him back to Philemon, to whom he writes to welcome him as a brother in the faith. The tone used by the Apostle is not one of command, although he could have done so given his authority, but of humble supplication in the name of charity. The supplication reveals Paul's great heart: I, this Paul, now an old man, and now a prisoner of Christ Jesus, plead with you on behalf of my son Onesimus, whom I begot in chains, once useless to you, but now useful to you and to me, whom I give back to you as if he were my heart. I would retain him to serve me in your place, while I am in chains for the sake of the Gospel.

If once the slave was useless to his master, for he ran away, now he will be useful. The play on words refers to the name Onesimus (= useful), as if to say that, if it is true that before he did not honor his name, now he does; moreover, not only does it become profitable for the Apostle, but also for Philemon himself, who is to receive him for it as if it were Paul himself in person: if you have me as a brother in the faith - he tells him - receive him as if he were myself4. See Paul writing on behalf of Onesimus, a runaway slave," says St. John Chrysostom, "he is not ashamed to call him his son, his own, his brother, his beloved. What would I say? Jesus Christ stooped so low as to take our slaves as his brothers. If they are Jesus Christ's brothers, they are also ours "5. It was at that time, well known for the little consideration, sometimes none at all, given to slaves, that these words reach their full force, and where charity was lived in such a way as to explain why the first Christians astonished the world. If this is what the first Christians did, following the command of Jesus, are we going to exclude from our dealings, from our friendship, anyone for social reasons, race, education...?

With good humor and with great affection, the Apostle says to Philemon: If he has wronged you in any way or owes you anything, charge it to my account. I, Paul, have written it in my own handwriting. And he adds: I will repay you, for not telling you that you owe me yourself. He reminds him that if they were to make a real reckoning, the Apostle would come out ahead, since Philemon owes Paul the most precious thing he has: his condition as a Christian.

We must learn from those early Christians to live charity with the depth with which they put it into practice, especially with our brothers and sisters in the faith - this must be our first apostolate - so that they may persevere in it, and with those who are far from Christ, so that through our esteem they may draw near to him and follow him.