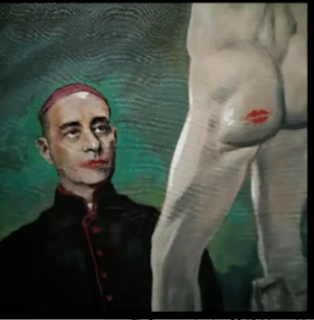 Humanism is an affront to God

My dearly beloved daughter, do not concern yourselves with the spirit of evil, which corrupts the world. Leave all to Me. For as long as you love Me, revere Me and love others, according to my Holy Will, I will protect you from the pain of all things that are against Me.

The worst pain you will have to endure will be that of witnessing so called acts of charity and humanitarian concerns on a global scale, which will mask the true intentions of My enemies. You will know, within your hearts, that the deceiver is at work. When the secular world and those who claim to represent Me speak of politics, humanitarian acts but fail to proclaim the importance of preserving human life, at all costs, then know that this is not what I desire. If those who say they represent Me do not speak with the same passion about the evil of abortion, as they do about other acts against humanity, then be aware that something is amiss.

My Father will punish all those who murder His children, including the children who are still being nourished in the womb waiting to be born. The perpetrators of such crimes will suffer a terrible punishment unless they repent of their sins against Him. Those who are of Me and who represent My Church on Earth have failed to proclaim the Truth. Murder, including abortion, is one of the greatest sins against God. It takes an extraordinary act of contrition in order to be absolved of such a sin. Why then does My Church not fight with vigour against this sin – one of the most abominable acts of defiance against My Father? Why do they distract you from acknowledging the most serious of sins while they preach about the importance of humanitarian acts?

Humanism is an affront to God because it focuses on man’s needs and not the need to repent of sin before the Creator of all that is. If you ignore the mortal sins, clearly defined in the Laws laid down by God, which lead to eternal damnation, then no amount of compassion for the civil rights of the human race will atone for those sins.

If you believe in Me, and if you serve Me, then you must speak only of the Truth. The Truth is that sin is your greatest enemy – not those who persecute you. Mortal sin, if not repented, will lead you to Hell.  If you are in mortal sin and spend time supporting great acts of charity and humanitarian deeds, and do not repent, then your soul will be lost.

Remember the Truth. Do not be misled by talk, acts or deeds of charity when the most important task is to fight mortal sin. The sacred servant of Mine who refuses to remind you of the consequences of mortal sin does not understand his or her mission in serving Me.

You cannot sweep sin under the ground, out of sight, as if it does not exist. No amount of empathy with people who are persecuted in My Name, will make up for the fact that sinners do not reconcile themselves with Me, Jesus Christ, for the forgiveness of sin.