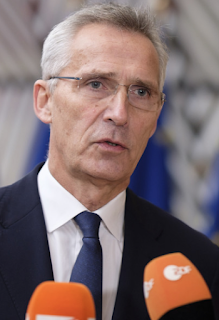 NATO secretary general said there is "no indication" that the missile was the result of a deliberate attack.

Stoltenberg: "The incident in Poland was probably caused by a Ukrainian air defense missile."

NATO Secretary General Jens Stoltenberg has spoken out Wednesday about the downing of an unidentified projectile on Polish territory.

The alliance chief said the preliminary investigation "suggests that the incident was probably caused by a Ukrainian air defense missile" fired to repel attacks by the Russian Armed Forces.

"Let me be clear, this is not Ukraine's fault. Russia bears the ultimate responsibility as it continues" with its operation against the neighboring country.

According to Stoltenberg, there is "no indication" that the projectile was the result of a deliberate attack or that Russia is preparing offensive military actions against NATO.