A reign of justice and love 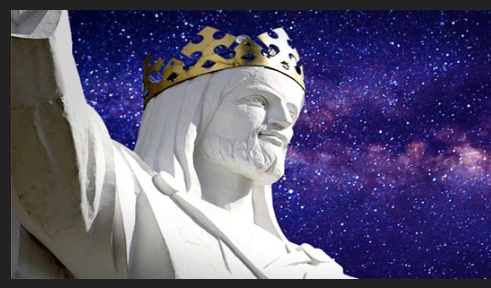 The Lord sits as eternal king, the Lord blesses his people with peace1, one of the Antiphons of the Mass reminds us.

The Solemnity we celebrate "is like a synthesis of the whole salvific mystery. It closes the liturgical year, after having celebrated all the mysteries of the Lord's life, and presents for our consideration the glorious Christ, King of all creation and of our souls. Although the feasts of Epiphany, Easter and Ascension are also feasts of Christ King and Lord of all creation, today's feast was especially instituted to show Jesus as the only sovereign in the face of a society that seems to want to live with its back turned to God.

In the texts of the Mass, the love of Christ the King, who came to establish his reign, not with the strength of a conqueror, but with the goodness and meekness of a shepherd, is made manifest: I myself will personally seek my sheep by following their trail. As a shepherd follows the trail of his flock when the sheep are scattered, so will I follow the trail of my sheep; and I will deliver them, bringing them out of all the places where they were scattered in the day of clouds and darkness. With this solicitude the Lord sought out men scattered and estranged from God by sin. And because they were wounded and sick, he healed them and bound up their wounds. So much did he love them that he gave his life for them. "As King he comes to reveal the love of God, to be the Mediator of the New Covenant, the Redeemer of man. The Kingdom established by Jesus Christ acts as leaven and sign of salvation to build a world that is more just, more fraternal, more united, inspired by the Gospel values of hope and of the future beatitude to which we are all called. For this reason, the Preface of today's Eucharistic celebration speaks of Jesus who has offered to the Father a kingdom of truth and life, of holiness and grace, of justice, love and peace. Such is the Kingdom of Christ, to which we are called to participate in it and to extend it around us with a fruitful apostolate. The Lord must be present in family members, friends, neighbors, work colleagues.... "In the face of those who reduce religion to an accumulation of denials, or who are satisfied with a half-baked Catholicism; in the face of those who want to put the Lord up against the wall, or place him in a corner of the soul...: we must affirm, with our words and with our works, that we aspire to make Christ an authentic King of all hearts.... also of his own".