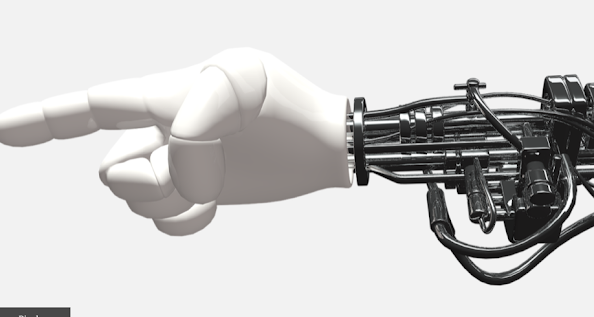 The San Francisco Police Department (SFPD) is considering a new policy that would give robots the license to kill suspects, reported Mission Local. The proposed policy describes how the SFPD can employ military-style weapons. Robots can be “used as a deadly force option when the risk of loss of life to members of the public or officers is imminent and outweighs any other force option”, according to the draft.

According to Mission Local, members of the city’s Board of Supervisors Rules Committee have evaluated the new equipment regulation for several weeks.

The proposal initially didn’t include any statement about robots using deadly force. However, Aaron Peskin, the Dean of the city’s Board of Supervisors, stated that “robots shall not be used as a Use of Force against any person.”

The SFPD, however, returned the document with a red line ruling out Peskin’s modification and replaced it with the line authorizing robots to kill suspects. Peskin eventually agreed to accept the move because “there could be scenarios where the deployment of lethal force was the only option” as per Mission Local.

Last week, San Francisco’s rules committee unanimously agreed to a version of the proposal, which will be presented to the Board of Supervisors on November 29th.

As stated in the equipment plan, the SFPD now has 17 remotely operated robots, although only 12 of them are functional.

Aside from giving robots the capacity to use violent means, the proposal also allows them to be used in “training and simulations, criminal apprehensions, critical incidents, exigent circumstances, executing a warrant or during suspicious device assessments.”

While the majority of the SFPD’s robots are employed for defusing explosives or handling hazardous materials, updated Remotec versions have an added weapons system, and the department’s current F5A includes a tool called the PAN disruptor that can load 12-gauge shotgun shells. It is commonly used to detonate bombs from a safe distance.

“SFPD has always had the ability to use lethal force when the risk of loss of life to members of the public or officers are imminent and outweigh any other force option available,” SFPD Officer Eve Laokwansathitaya told The Verge.