To establish in Christ all things 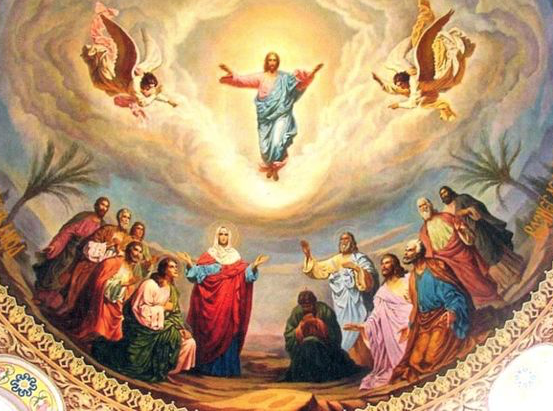 Jesus was near Jerusalem, and many expected an imminent coming of the Kingdom of God, a kingdom - according to that false opinion - of a temporary character. The Lord, they thought, would triumphantly enter the city after defeating the Roman power, and they would have a privileged position when that time came. This illusion, so far removed from reality, was an extension of the mentality existing in many Jewish circles of the time. To thoroughly correct this error, Jesus told a parable, which is recorded in the Gospel of the Mass1 .

A man of noble origin went to a distant country to receive the royal investiture. It was customary for the kings of territories dependent on the Roman Empire to receive royal power from the emperor, and sometimes they even had to go to Rome. In the parable, this illustrious personage left the administration of his territory to ten men of his confidence and went to receive the investiture. He gave them ten minas. The mina was not a minted coin, but it was used as an accounting unit; it was equivalent to 35 grams of gold. These men received a commission: Negotiate until my return. It was a matter of making their small treasure yield. And these men fulfilled their commission: they made loans with interest, visited fairs, bought and sold. They worked well for their master for weeks, months and years.... And this is what the Church continues to do since Pentecost, where she received the immense Gift of the Holy Spirit and, with Him, sent by Christ, the infallible Word of God, the power of the sacraments, indulgences.... In twenty centuries much work has been done; it seems to me neither objective nor honorable," commented St. Josemaría Escrivá, "the eagerness of some to belittle the work of those who preceded us. In twenty centuries a great deal of work has been done, and often it has been done very well. At other times there have been mistakes, regressions, just as now there are setbacks, fear, timidity, while at the same time there is no lack of courage and generosity. But the human family is constantly renewing itself; in every generation it is necessary to continue the commitment to help man discover the greatness of his vocation as a child of God, it is necessary to inculcate the commandment of love for the Creator and for our neighbor.

It is up to us, to every Christian, to make the treasure of graces that the Lord places in our hands bear fruit now, while "enlivened and united in his Spirit, we walk as pilgrims towards the consummation of human history, which fully coincides with his loving plan: to restore in Christ all things, things in heaven and things on earth (Eph 1:10)". This is our task as the Lord returns for each one of us at the moment, perhaps not too distant, of death: to strive to ensure that the Lord is present in all human realities. Nothing is alien to God, for all things have been created by him and are directed to him, while preserving their own autonomy: business, politics, the family, sports, education....

I am coming quickly," the Lord tells us today, "and with me my reward, to give to each according to his works. I am the alpha and the omega, the first and the last, the beginning and the end .  Only in him does our work here on earth find meaning. The whole Church, and every Christian, is the depository of the treasure of Christ: the holiness of God grows in the world when each one of us strives to be faithful to our duties, to the commitments that, as citizens, as Christians, we have made.