US Bishops Elect an Alleged "Anti-Francis" As President 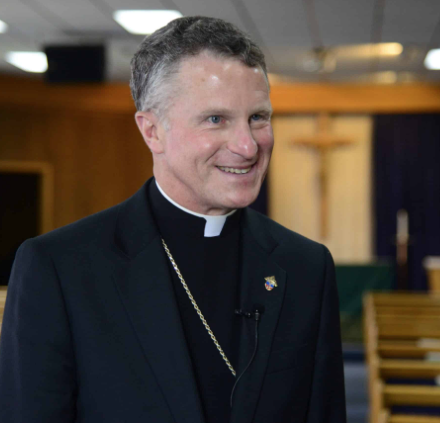 As expected, on 15 November the US bishops elected Archbishop Timothy Broglio, 70, of the US Military Archdiocese, the previous secretary of the bishops' conference, as their new president.

Remarkably, none of the seven cardinals who head US dioceses stood for election. The Francis cardinals probably suspected that they would not get a majority.

From 1990 to 2001, Broglio was the private secretary to the late Vatican Secretary of State Cardinal Sodano. He supported the anti-life Paris climate agreement of 2017.

His "conservative" record includes his opposition to ObamaCare's contraception mandate. In 2013, he banned military chaplains from participating in homosex ceremonies.

In 2020, he clarified that Francis' comments on state homosex concubinates were not Catholic. During the Covid imbroglio in 2020, Broglio spoke out against restrictions on public masses, and in 2021 supported religious liberty and freedom of conscience exemptions for Covid concubinage.

If the fury of anti-Catholics on social media means anything, Broglio's election shows that the US bishops are tired of Francis' immature outbursts and promotion of heretics, abortionists and homosexualists.

NcReporter.com condemned the choice as a "clear rejection of Francis". However, Broglio is a man of little charisma and he has been at the Roman Curia long enough not to rock Francis' boat.