Vatican’s Finances: The Problem Is Lies At the Top 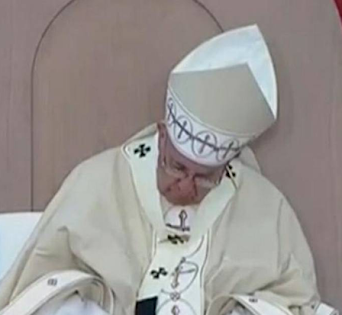 Libero Milone, 74, the Vatican's former auditor and his deputy, Ferruccio Panicco, 63, have filed a lawsuit with the Vatican. Today.it (17 November) has published parts of it.

- Milone informed Francis' then private secretary, Monsignor Yoannis Lahzi Gaid, of the serious shortcomings found and the insufficient cooperation on the part of the Vatican prosecutor's office and the Financial Intelligence Authority.

- In October 2015, Francis was informed about the concealment of funds from the Congregation for the Doctrine of the Faith, the misappropriation of funds by a monsignor of the Pontifical Council for the Family, serious conflicts of interest on the part of key members of the Prefecture for the Economy and APSA's obstructionism against any control.

- 2.5 million euros from the Bajola Parisani Foundation for a new ward at the Bambino Gesù hospital disappeared. Instead, a plaque of thanks was placed at the entrance of an old ward.

- 500,000 € were transferred from Bambino Gesù to the Bambino Gesù Children's Hospital Foundation for a marketing campaign, but were used to illegally fund Italian political parties during the 2013 elections.

- Funds from the Vatican's gendarmerie were illegally used to cover restructuring costs (€170,000) that the commander, Domenico Giani, was supposed to pay.

- Milone discovered the opaque management of the 2015 Jubilee by a monsignor.

- The Vatican's cyber security was so poor that access to Francis' emails was possible.

- Bambino Gesù's very conspicuous funds, mainly from funds (tens of millions paid annually by the Italian National Health Service), had often been misused by 2015, even for risky investments.

- Propaganda Fidei mysteriously rented out a splendid flat in the centre of Rome to a well-known RAI journalist.

- A senior prelate returned some €30,000 he had 'accidentally' withdrawn from a Vatican account he managed after Milone exposed him.

- A cardinal 'voluntarily' returned €500,000 taken from the institution he managed. They had "accidentally" ended up in his private accounts.

- Francis received Milone at regular intervals, but urged him to resolve delicate issues with gentle methods.

- Milone's investigations all ended in nothing - to everyone's relief.

- Cardinal Becciu staged charges of embezzlement and espionage against Milone and had him arrested, and Francis imposed papal secrecy to cover up Milone's resignation affair.