Francis corrects: He will consecrate 'Humanity' 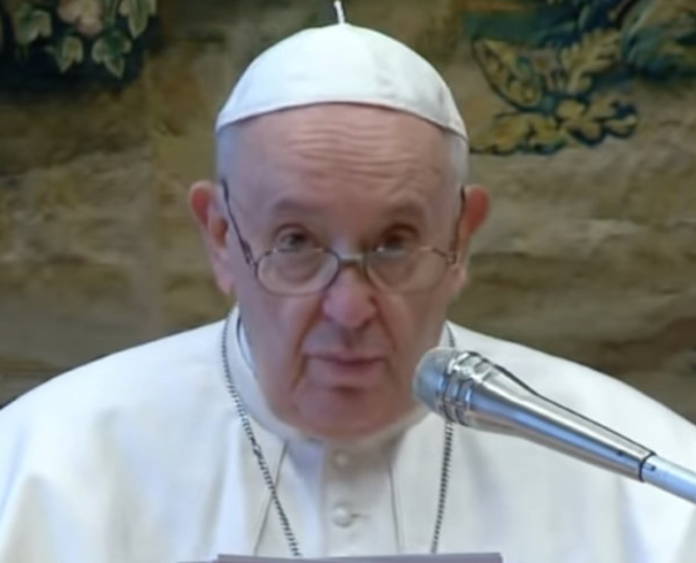 This has led to doubts as to whether Friday’s consecration will fulfil the requests the late Sister Lucia dos Santos of Fatima said were made by the Blessed Virgin Mary in 1917 and 1929.

Following the prayer of the Angelus in St. Peter’s Square on Sunday, Francis said to the crowd: “I invite every community and all the faithful to unite with me on Friday March 25, the Solemnity of the Annunciation, to the Solemn Act of Consecration of humanity, especially Russia and Ukraine, to the Immaculate Heart of Mary, so that she, the Queen of Peace, may help us obtain peace.”

On Friday 25 March, during the Celebration of Penance at which he will preside at 17.00 in Saint Peter’s Basilica, Pope Francis will consecrate Russia and Ukraine to the Immaculate Heart of Mary. The same act, on the same day, will be carried out in Fatima by His Eminence Cardinal Krajewski, Apostolic Almoner, as envoy of the Holy Father.

The March 15 announcement came after an appeal made by the Ukrainian Catholic bishops to Pope Francis to consecrate Russia and Ukraine to the Immaculate Heart of Mary “as requested by the Blessed Virgin in Fatima.”

Following the Vatican’s March 15 announcement, faithful Catholics  expressed concern that the planned consecration might still not meet the requirements outlined by Our Lady, namely for all the bishops of the world to make the consecration in union with the Pontiff.

But in a letter dated March 17, the Apostolic Nuncio to the United States informed Archbishop Jose H. Gomez, president of the U.S. Conference of Catholic Bishops, that the Pope intended to invite all the bishops of the world to join in the consecration. This was confirmed by the Vatican the next day.

The letter also mentioned that the exact text of the consecration would be issued to all the bishops.

“In the coming days, the Holy Father will address a letter of invitation to the Bishops, enclosing the text of the Prayer of Consecration in the various languages,” the letter read.

According to German Catholic news outlet Katholisches.info,Vatican officials have pressed Pope Francis to tone down the “Eurocentric” emphasis of the consecration.

This could spark further doubts regarding next Friday’s consecration, as many believe that not only must Russia be mentioned explicitly but that it also needs to be the main object of the consecration.

For these reasons, many Catholics insist that Pope John-Paul II’s consecration of the world in 1984 did not fulfil heaven’s request.