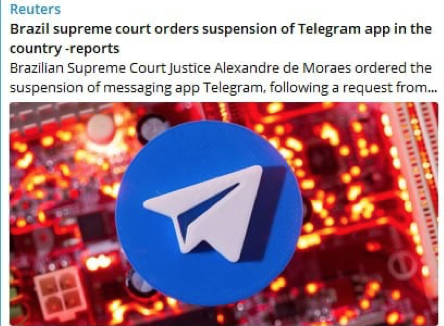 Brazil's Supreme Federal Court (STF) judge (STF) Alexandre De Moraes on Friday ordered a nationwide ban on the Telegram smartphone app, claiming it did not help authorities combat the so-called spread of "fake news."
Telegram had become President Jair Bolsonaro's main channel for communicating with his far-right followers, after the content of his messages was blocked on other platforms for being "false" or "offensive".