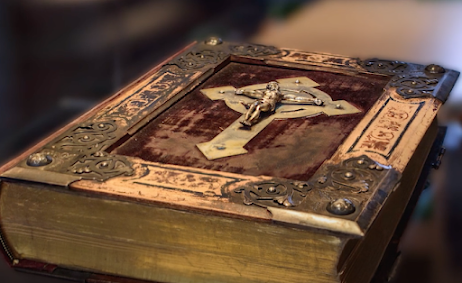 A man came to the Lord to ask him to intervene in a matter of inheritance. From the words of Jesus, it seems that this man was more concerned about that problem of material goods than attentive to the preaching of the Master. The question posed, before the Messiah who speaks to them of the Kingdom of God, gives the impression of being at least inopportune. Jesus will answer him: Man, who made me a judge or a distributor among you? Then he takes the opportunity to warn everyone: Be on your guard and beware of greed, for even if someone has an abundance of goods, his life does not depend on what he possesses. And to make his teaching clear, he told them a parable. The lands of a rich man produced a great harvest, to such an extent that there was no room for it in the barns, Then, the owner thought that his bad days were over and that his existence was secure. He decided to destroy the barns and build bigger ones that could store that abundance. His horizon ended there; it was reduced to rest, eat, drink and have a good time, since life had been generous to him. He forgot - like so many men - some fundamental facts: the insecurity of existence here on earth and its brevity. He put his hope in these passing things and did not consider that we are all on our way to Heaven.

God appeared suddenly in the life of this rich farmer who seemed to have everything assured, and said to him: Fool, this very night your soul is being claimed; what you have prepared, for whom will it be? So it is with him who treasures up for himself and is not rich before God.

The foolishness of this man consisted in having placed his hope, his ultimate end and the guarantee of his security in something as fragile and transitory as the goods of the earth, however abundant they may be. The legitimate aspiration to possess what is necessary for life, for the family and its normal development should not be confused with the desire to have more at all costs. Our heart must be in Heaven, and life is a road that we must travel. If the Lord is our hope, we will know how to be happy with many goods or with few. "Thus, to have more, both for peoples and for individuals, is not the ultimate goal. All growth has two quite distinct meanings. Necessary to enable man to be more man, it imprisons him from the moment he becomes the supreme good, which prevents him from looking beyond. Then hearts harden and spirits close; men no longer unite out of friendship, but out of interest, which soon makes them oppose one another and disunite. The exclusive pursuit of possessing becomes an obstacle to the growth of being, and opposes its true greatness. For nations, as for individuals, greed is the most evident form of moral underdevelopment". Disordered love blinds hope in God, who is then seen as something distant and uninteresting. Let us not commit this folly: there is no greater treasure than to have Christ.