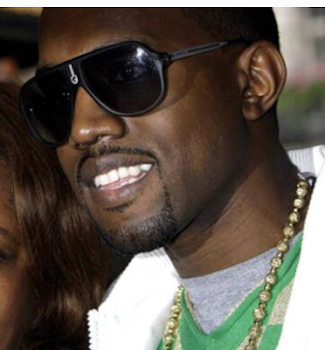 Kanye West has made the startling claim that his mother was “sacrificed” as part of an Illuminati blood ritual by the Hollywood elite before naming other celebrities who have been victims of the entertainment industry for reneging on their deal with the devil.

“My mama ain’t here,” Ye stated. “My mama was sacrificed. Michael Jordan, what about him? His daddy, right? Bill Cosby, his son. Dr. Dre, his son. Out in Hollywood, a lot of people come up missing. It feels like it might be a lot of that, in order to control, traumatize.”

“They want to monetize and traumatize,” he continued, “And God love me, they hit me, Gap, Adidas, they took all that away. Still, Forbes, who hates me, right, had to write, net worth $400 million. Jesus is king. God loves me.”

Kanye is following in the footsteps of Michael Jackson, Prince and Muhammad Ali in exposing the vast control matrix employed by the entertainment industry Illuminati.

Kanye’s shocking interview is going viral on social media despite it being deleted from the Shade Room’s website and Instagram page. 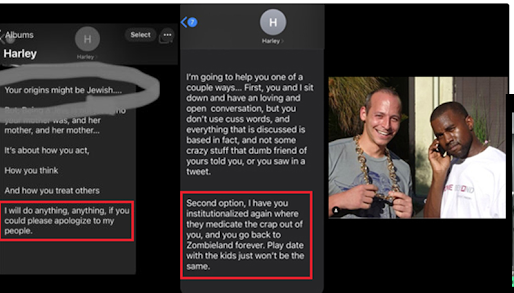 This comes after Kanye revealed a text message from Hollywood personal trainer Harley Pasternak threatening to “institutionalize” and forcibly drug him if he refused to stop talking about “crazy stuff.”

“I’m going to help you one of a couple ways,” Pasternak wrote. “First, you and I sit down and have an loving and open conversation, but you don’t use cuss words, and everything that is discussed is based in fact, and not some crazy stuff that dumb friend of yours told you, or you saw in a tweet.”

“Second option, I have you institutionalized again where they medicate the crap out of you and you go back to Zombieland forever. Play date with the kids just won’t be the same.”