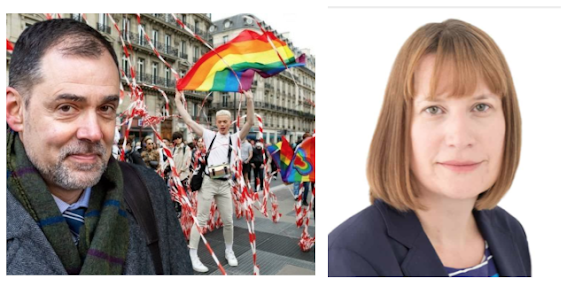 CAMBRIDGE, England - A British court has vindicated an evangelical pastor who was forced out of his secular job after he shared a tweet from a U.S. Catholic bishop warning against gay pride events.

"Beliefs which are offensive, shocking or even disturbing to others can still be protected," Judge Sarah King ruled in a judgment in favor of Keith Waters, then pastor of New Connexions Church in Ely, Cambridgeshire.

Waters was terrorized by LGBTQ+ activists after he reminded Christians not to "support or attend LGBTQ+ 'Pride Month' events held in June," Church Militant reported in December 2019.

The preacher copied a tweet from Bp. Thomas Tobin of Providence, Rhode Island, explaining how LGBTQ+ Pride displays "promote a culture and encourage activities that are contrary to Christian faith and morals" and "are especially harmful for children."

Helen Davies, then headteacher of the Isle of Ely Primary School (which employed the pastor as a caretaker), issued Waters a final warning for bringing the school into disrepute, leading to Waters' resignation.

"Evangelical Christian ministers will have views not necessarily shared by everyone in society, but that is part of their duty as a Christian minister — to preach those beliefs," King ruled in a 58-page judgment published April 21.

We must never stand back and risk harm to children.GabTweet

The same could be said about some other aspects of Christianity which could conflict with other religions. This does not mean that they are not capable of being respected. Whilst a majority may not share those views, the claimant is entitled to hold them.

The fact that the claimant made the tweet outside of work, on his personal account, as part of his role as a Christian minister, is highly relevant. It is one thing to have rules that apply during work and something else to extend those to one's private life.

Curtailing the pastor's "freedom of speech outside of work, which is an important part of his role as a Christian minister and thus part of freedom to practice his religion," can be done "only in the clearest cases, where the rights of others are being damaged," she noted.

I was sorry to find that it became necessary to take this to law, as I had no desire to sue the school. However, it became clear that my employer felt they had the right to decide the limits of the freedom of speech and expression of Christians, even outside of the workplace, which meant I was left with no other remedy but the law court.

It is crucial that I and other Christians continue to stand firmly on the truth of Scripture and live as salt and light in our society. This is especially true when it comes to children's physical, emotional, mental and spiritual safety. We must never stand back and risk harm to the children of today.

Judge King also ruled that Waters' tweet was not homophobic, noting that the headteacher gave "significant weight to the views of those that complained rather than looking objectively at what the claimant had written."

The same could be said about aspects of Christianity that conflict with other religions.GabTweet

The judge also explained that it is legitimate for preachers to use social media to "spread the word" even though it "puts the word in the public forum" where nonbelievers can access the messages.

Similarly, Waters records his sermons and uploads them on his church's website, and there may well be content in those sermons listeners would find offensive, leading to a breach in the policy of the school, the judge observed.

"The issue is that someone may well take offense at anything, but the question is whether that is reasonable in all the circumstances," King emphasized.

Even though not all Christians hold the same view on the sinfulness of homosexual acts, the belief that "sexual relationships are only appropriate within a heterosexual marriage" is a biblical tenet covered by the "religion or belief" protected characteristic within the Equality Act 2010, she ruled.

Waters received death threats from LGBT hate groups in Ely, and locals even attempted to drive the pastor and his family out of the countrified cathedral town.

Gay activists told a local undertaker that Waters was dead and asked for his funeral to be arranged. Waters' wife, Joanna, was shocked when the funeral director and his assistant visited her asking how she wanted to dispose of his body.

John Elworthy, gay activist and editor of Cambs Times, Wisbech Standard and Ely Standard, attacked both Waters and Tobin and tried to get Waters' church expelled from the hall they were renting from the Cambridgeshire City Council.

After failing to bully Waters into apologizing for his beliefs, the pastor was pilloried on the front page of the Cambridge Evening News, which contrasted his disapproval of the pride parades to the Church of England Ely Cathedral's willingness to fly a gay pride flag with the support of Stephen Conway, bishop of Ely.

Bishop Tobin was also attacked by LGBT groups, including Rhode Island Pride, which tweeted, "This bishop doesn't represent a majority of Rhode Island Catholics — who overwhelmingly supported marriage equality six years ago. Love is love. You, sir, are filled with hate."

Andrea Williams, chief executive of the Christian Legal Centre (which represented Waters), lamented that "what happened to Keith Waters is the latest in a long line of cases where honest, kind, normal people are subjected to harassment and intimidation for expressing moderate, mainstream Christian views on sexual ethics."

"This is a victory, not just for me, but for all orthodox Christians working in the secular workplaces of our nation," Waters said.