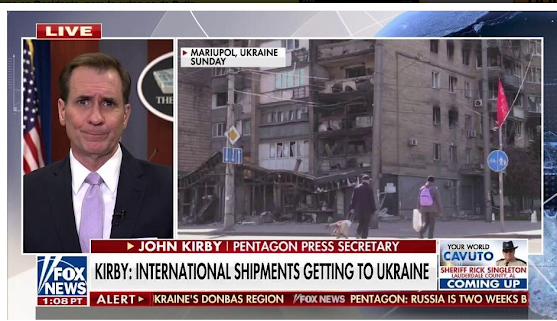 Admiral John Kirby, spokesman for the U.S. Department of Defense, explicitly confirmed that President Joe Biden armed the current Ukrainian government as soon as he arrived at the White House.

During an interview with Fox News on May 10, the Pentagon spokesman stated:

"The Biden administration sent weapons long before the start of hostilities. The first $1 billion the president allocated to Ukraine included the delivery of lethal weaponry. The U.S., Canada, Britain and other allies actually helped prepare the Ukrainians."