Do not make immovable judgments about people 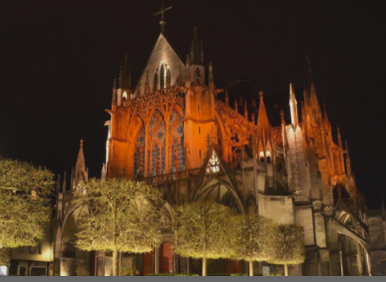 The First Reading of the Mass narrates an incident among the collaborators who accompanied St. Paul in his evangelization.

Paul and his companions sailed from Paphos until they reached Perge of Pamphylia; but John separated from them and returned to Jerusalem. The others continued their apostolic journey and reached as far as Antioch of Pisidia. John, also called Mark, was a cousin of Barnabas, the inseparable apostle of Paul, and one of the pillars on which the spread of the faith among the Gentiles rested. Mark, from a very young age, had experienced the intense activity of the first Christians in Jerusalem around the Virgin and the Apostles, whom he had known intimately: Mark's mother was among the first to help Jesus and the Twelve. It seems reasonable that Barnabas would look to his cousin John Mark to initiate him into the work of spreading the Gospel in his company and under his direction and that of St. Paul.

Mark's courage failed him and he returned home, abandoning his companions. He did not feel strong enough and turned back. This fact must have weighed heavily on the others who went on. But in preparing for the second great apostolic journey to visit the brethren who had received the faith, Barnabas wanted to take with him also John, called Mark; Paul, on the other hand, considered that he should not take with him the one who had gone away from them in Pamphylia and had not accompanied them in the task.

St. Paul was not willing to take with him the one who had already failed them once. Then such a disagreement arose between the two that they separated from each other. Barnabas took Mark with him and embarked for Cyprus, while Paul chose Silas and left, entrusted by the brethren to the grace of the Lord. The discussion and the disparity of criteria must have been great to cause this separation. Paul was more severe and Barnabas more benign," says St. Jerome, "each maintained his own point of view. And yet the discussion shows a certain human frailty.

In spite of everything, St. Paul, a man of immense heart, sacrificed to the extreme for his brothers and a fervent apostle, does not maintain an immovable judgment on Mark. On the contrary, years later we find him as an intimate collaborator of the Apostle, to whom he serves as a profound consolation: I greet you Aristarchus, my fellow prisoner, and Mark, the cousin of Barnabas, about whom you have already received instructions: welcome him if he comes to see you, and Jesus, the one called Just (...), who serves as a consolation to me. Later, St. Paul asks Timothy to go with Mark, because Mark is very useful to him for the ministry. In a few years, Mark has become a friend and an effective collaborator, who serves as a support to the Apostle in difficult moments. Perhaps one day Paul thought that Mark was useless; now he wants him close to him. People can change, and when we have to judge their external actions - only God knows their intentions - we should never make fixed and immovable judgments about them. The Lord loves us as we are, even with our defects when we struggle to overcome them, and, in order to change us, he counts on grace and time. In the face of the defects of those around us - at times evident, undeniable - we must never lack the charity that moves us to understanding and help. "Could we not already look at others in such a way that their defects do not dishearten us? The time will come when wounds will be forgotten (...). Perhaps many things that have saddened us today or in recent times will be forgotten. We have faults, but we can love each other! Because we are brothers, because Christ truly loves us... as we are". This is the fundamental reason: Christ does not want our defects, but he loves us, even though we have many. Let us not be distanced by the defects of those with whom we live, with whom we meet every day in the office, at the University..., in any place of work.