Another heretic, ordinary member of the Pontifical Academy 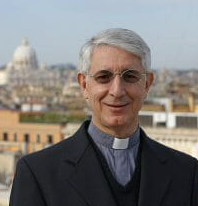 Fr. Humberto Miguel Yanez, S.J., whom Francis named this month as an Ordinary Member of the Pontifical Academy for Life, openly dissents from Catholic teaching on contraception.

ROME (LifeSiteNews) – Among Pope Francis’ new appointments to Ordinary Member of the Pontifical Academy for Life (PAL) is a Jesuit priest who dissents from the Church’s teaching on contraception.

Fr. Humberto Miguel Yanez, S.J., a Professor of Moral Theology at the Jesuit Pontifical Gregorian University in Rome, holds that the use of contraception may be morally licit under certain circumstances, a dissident view proposed and defended in a book published by the PAL this past summer. Yanez was first appointed to the Academy for Life in 2017 by Pope Francis and has just been named this month as an Ordinary Member.

In 2019, Yanez was named in an open letter of 19 theologians to the bishops of the Catholic Church in which Pope Francis was charged with manifest and obstinate heresy. The appointment of Yanez to the PAL was cited among many other examples of the Pope promoting, appointing, protecting, or defending those who openly dissent from the Church’s teachings, especially on matters of sexual morality.

Yanez was also part of the so-called “Secret Synod,” or “Study Day on Pastoral Practice Concerning Marriage and the Family” held May 15, 2015, at the Gregorian University during the Synod on the Family.

According to a report of the National Catholic Register at the time, “The conference proceedings, published later, revealed a push toward the Church accepting same-sex unions, or as New York canonist Father Gerald Murray wrote, ‘the redefinition of sin,’ by removing the notion of intrinsically evil acts.”

The National Catholic Register reported: “Father Thomasset, a moral theologian and member of the Centre Sèvres in Paris, told the Rome conference that the ‘interpretation of the doctrine of acts called “intrinsically evil” seems to me to be one of the fundamental sources of the present difficulties in the pastoral care of families, since it underlies to a great extent the condemnation of artificial contraception, of the sexual acts of the divorced and remarried and of homosexual couples, including stable ones. This appears to many as incomprehensible and seems pastorally counterproductive.’ He added that a ‘homosexual relationship lived in stability and fidelity can be a path of holiness.’”

Other appointments this month to the PAL include the outspokenly pro-abortion, self-described “atheist,” Mariana Mazzucato, who publicly lamented the overturning of Roe v. Wade. Mazzucato was a speaker at the globalist World Economic Forum, which promotes the socialist, anti-Christian “Great Reset” agenda.

These papal appointments sparked public outcry, including an open letter of denunciation from a leading Catholic physician, who called them “just the opposite of what John Paul II wanted.” The PAL responded to criticisms by defending the appointments as coming from Pope Francis personally and contributing to academic “dialogue.” 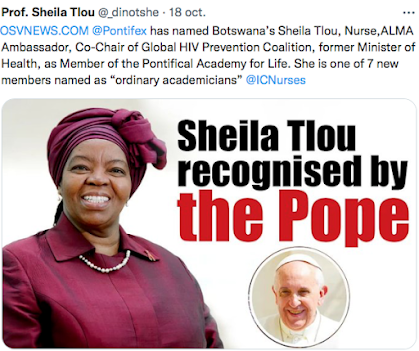