The bent-over woman and the mercy of Jesus 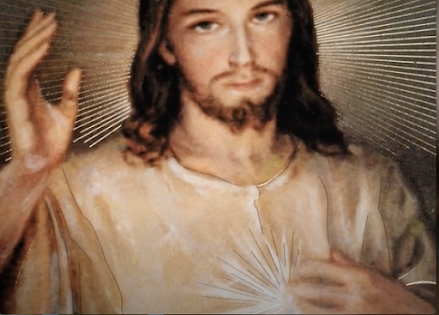 In the Gospel of the Mass St. Luke tells us how Jesus went into the synagogue to teach on the Sabbath, as was his custom. And there was a woman there who had been possessed by a spirit and had been ill for eighteen years, and she was bent over and could not straighten up in any way. And Jesus, unbidden, moved with compassion, called her, and said to her, Woman, you are loosed from your infirmity. And he laid his hands on her, and immediately she was upright, and glorified God.

The ruler of the synagogue was indignant because Jesus was healing on the Sabbath. With his little soul he did not understand the greatness of the divine mercy that freed this woman who had been prostrate for so long. Apparently jealous of the observance of the Sabbath prescribed in the Law, the Pharisee could not see the joy of God in contemplating this daughter of his, healthy in soul and body. His heart, cold and dull - lacking in piety - does not know how to penetrate the true reality of the facts: he does not see the Messiah, present in that place, who manifests himself as the Scriptures announced. And not daring to murmur directly of Jesus, he does so of those who come to him: There are six days in which it is necessary to work; come therefore on those days to be healed, and not on the Sabbath day. And the Lord, as on other occasions, is not silent: He calls them hypocrites, false, and answers - picking up the allusion to work - by pointing out that, just as they were quick to release their donkey or their ox from the manger to take them to drink even if it was the Sabbath, was it not fitting to release this woman, who is a daughter of Abraham, whom Satan bound eighteen years ago, even on the Sabbath day? That woman, in her encounter with Christ, recovers her dignity; she is treated as a daughter of Abraham and her value is far above that of an ox or an ass. Her adversaries were put to shame, and all the simple people rejoiced at all the wonders she did.

The woman was freed from the evil spirit that had bound her, and from the sickness of the body. She could now look at Christ, and at Heaven, and at people, and at the world. We should meditate many times on these passages in which the compassionate mercy of the Lord, of which we are so much in need, is particularly emphasized. "This gentleness and affection is manifested by Jesus not only with a small group of disciples, but with everyone. With the holy women, with representatives of the Sanhedrin like Nicodemus and with publicans like Zacchaeus, with the sick and the healthy, with doctors of the law and with pagans, with individuals and with entire crowds.

"The Gospels tell us that Jesus had nowhere to lay his head, but they also tell us that he had dear and trusted friends, eager to welcome him into their home. And they tell us of his compassion for the sick, of his sorrow for those who ignore and err, of his anger at hypocrisy "

Consideration of these scenes from the Gospel should lead us to trust more in Jesus, especially when we find ourselves in greater need of soul or body, when we experience strongly the tendency to look only to the material, to what is below, and to imitate him in our dealings with people: let us never be indifferent in the face of pain or misfortune. Let us do like the Master, who has compassion and remedies.