We cannot live with our backs turned to this supreme moment 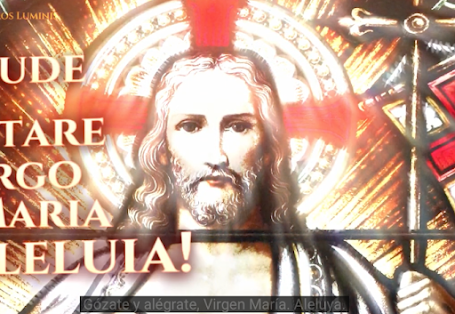 The Gospel of the Mass tells us of Christ's second coming to earth, which will be unexpected. For as the lightning flashes from one end of heaven to the other, so will the day of the Son of Man be in due time. In this discourse of the Lord various planes of events are interposed, and in all of them the sudden arrival of the glorious Jesus at the end of time is emphasized.

The disciples, driven by a natural curiosity, ask where and when the events they have just heard will take place. The Lord answers them with a proverb that is surely already known to them: Wherever the body is, there the eagles will gather. Jesus wants to make it clear that, with the same speed with which the birds of prey head for their prey, so will be the encounter of the Son of God with the world at the end of time and with each man at the end of his days. For you know very well," writes St. Paul to the early Christians of Thessalonica, "that as a thief in the night, so the day of the Lord will come. It is a call, once again, to vigilance, not to live with our backs turned to that definitive day-the day of the Lord-when we will finally see God face to face. St. Augustine, commenting on this Gospel, teaches that the reason these things remain hidden is so that we may always be prepared.

In some circles today it is not easy to speak of death; the mere fact of mentioning it seems an unpleasant matter, in bad taste. Nevertheless, it is the event that illumines life, and the Church invites us to meditate on it, precisely so that this supreme moment does not catch us unawares. The pagan way of thinking and living of many - even of some who outwardly call themselves Christians - leads them to turn their backs on this reality and to erase, as far as possible, the signs that indicate that we are walking in haste to an end. And they take this attitude because they ignore the true meaning of death. Instead of considering it as a "friend" or even as a "sister", they see it as a catastrophe, the great catastrophe that one day will come and that will destroy the plans and illusions in which they have placed all the meaning of life; therefore, they think, it is necessary to ignore it, as if it did not affect us personally. Instead of seeing it as what it really is, the key to full happiness, it is seen as the end of the well-being that is so hard to amass down here. They ignore, in their lack of operative and practical faith, that man will continue to exist, even if he has to "change houses". As the liturgy often reminds us, vita mutatur, non tollitur, life is changed, but not lost. For the Christian, death is the end of a short pilgrimage and the arrival at the definitive goal, for which we have prepared ourselves day by day, putting our soul into our daily tasks. With them, and through them, we have to earn Heaven. That is why, for him, that moment will not come like the thief in the night, because he serenely counts on that definitive encounter with his Lord. He knows well that death "is a passage and transfer to eternity, after running in this temporal race".

However, "if ever the thought of our sister death makes you uneasy, because you see yourself so little, take courage and consider: what will be that Heaven that awaits us, when all the beauty and greatness, all the infinite happiness and Love of God will be poured into the poor earthen vessel that is the human creature, and will eternally satisfy it, always with the novelty of a new happiness?