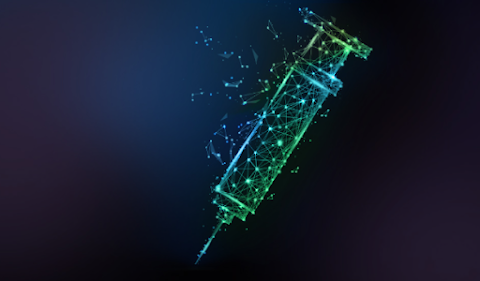 In the January 24 conference, there were over a dozen leading clinical scientists who treat COVID-19 in attendance. There were also vaccine developers, nurses, patients and attorneys. What the conference showed was that data is consistent across the board regarding the increase of adverse effects following vaccine injections.

There was also a very disturbing finding recently that showed the use of vaccines may give rise to the concern of vaccine-derived DNA, which may be integrated into the host genome and affect the integrity of genomic DNA and can potentially see toxic side effects.

“If the messenger RNA stays in the body too long, it’s possible that considerable amounts of it could actually have the base pairs of DNA begin to line up against the messenger RNA and make the reverse code,” McCullough explained.

In a process called reverse transcription, a hepatic cell line calls for the DNA code of at least part of the spike protein found inside the human nucleus and changes it in as fast as six hours after the vaccine injection. (Related: Studies confirm spike protein mRNA in COVID vaccines alters human DNA within hours after injection.)

McCullough said scientific circles have looked at this process carefully, and they believe that the middle segment of the DNA strand was transcribed almost entirely for the spike protein, which was transferred into the human nucleus.

The Centers for Disease Control and Prevention said there is no way that these genetic vaccines could change the human genome, but that is not true. McCullough said he and a colleague already published what they believed was going to happen based on the configuration of messenger RNA.

“We’re hopeful that there’s gene editing and gene splicing and other corrective, you know, natural processes that can get rid of this messenger RNA,” McCullough said, so as not to cause too much damage on the human genome, and to get the spike protein out of the body.

There are also other repercussions of DNA interference, however, depending on whether the insertion occurs in the chromosomes.

McCullough quoted the Alden paper, authored by Markus Alden from Sweden, which showed reversible hepatic effects in animals that received the vaccine. The study showed that the COVID RNA can be reverse-transcribed and integrated into the genome of human cells.

They investigated the effects of the vaccine on the human liver cell line in vitro and performed a PCR test on the RNA extracted cells. The team was able to detect high levels of the vaccine in the cells and changes in gene expression of the long interspersed nuclear elements, which is a form of reverse transcriptase. The fast uptake of the vaccine can transcribe the RNA intracellularly into DNA in just six hours upon vaccine exposure. (Related: Bombshell study: Pfizer’s covid jab contents enter the liver, alter human chromosomes and rewrite DNA.)

People like McCullough have been warning people about the negative effects of the vaccines for so long, but people felt the pressure and felt that they couldn’t work unless they got the injections. However, it seems that people are finding comfort in the fact that they have avoided some of the potential health problems.

“Fact-checkers have never been able to say that there’s misinformation given because I simply quote the data,” McCullough said about their insistence on the dangers of the vaccine. “We have multiple data sources suggesting that the vaccines are backfiring. Some of the best data sets are coming out, and they are showing increasing numbers of cases, hospitalizations and deaths.”