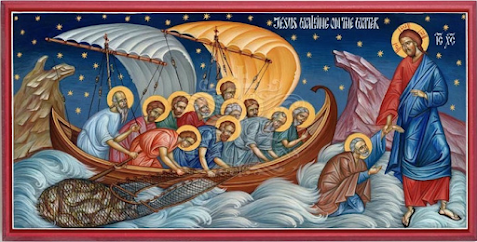 The exorcism stalled out.  We were saying all the right prayers, but the process of liberation was going nowhere.  As we looked into the cause, the afflicted person spoke about her fear of Satan.  She was terrified.  She was hesitant responding to the prayers for fear of riling him and incurring his wrath.

Her fear was understandable.  Throughout the exorcisms, the demons were constantly threatening her. "We will get you tonight!" they yelled in her brain, "We will torture you and drag you to hell!"  Then they promised her: "But if you stop the prayers, we will leave you alone."

In a reported Marian apparition, link Our Blessed Lady reputedly said, "The devil is strong with those who fear him and weak with those who despise him."  While we cannot confirm she said those words, they certainly ring true in our experience as exorcists.

I told the terrified woman: "In hell, the slaves of Satan cower in fear.  As long as you do, you will never be free."  An important part of the process of liberation is learning to trust in Jesus.  As the Scriptures say, "Submit yourselves to God. Resist the devil, and he will flee from you" (James 4:7).