Pfizer tried to shut me up for 1 million $ —Dr Alexander 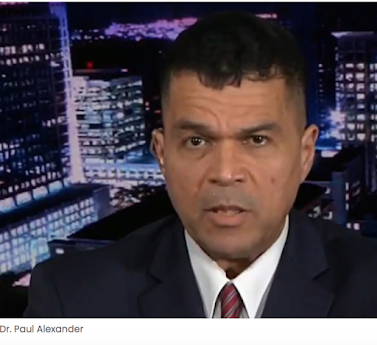 (LifeSiteNews) — Dr. Paul Alexander, Canadian health researcher and former Trump administration official at the U.S. Department of Health and Human Services during the Covid-19 pandemic, published an article on Monday in which he revealed that big pharma had tried to pay him out in order to silence his public criticisms. “Pfizer offered me $1 million & $50,000 month wage; essentially to stop writing & hammering them,” he wrote. “I said NO!”

Speaking to the manipulation and fraud that is now becoming publicly known with the release of Pfizer’s documents, and the heavy price those fighting for medical transparency have had to pay, Alexander said, “For each person there is a time in life that we chose to stand up or not.”

“Money is not the key in life,” he continued. “There is something called a line of integrity that must not shift based on money.”

Dr. Alexander has done celebrated work internationally in epidemiology and infectious disease research in Canada, the United States, Europe, and Asia. He did research for the Infectious Diseases Society of America in Virginia, worked for the government of Canada as an epidemiologist for 12 years, and was appointed the Canadian in-field epidemiologist for an international project on TB/HIV co-infection and MDR-TB control. The project involved India, Pakistan, Nepal, Sri Lanka, Bangladesh, Bhutan, Maldives, Afghanistan, and Kathmandu.

Dr. Alexander currently works as an “independent academic scientist and COVID-19 consultant researcher,” according to his website. Dr. Alexander has been publicly critical of the government response to Covid-19 in the United States and Canada, joining fellow colleagues Dr. Robert Malone, Dr. Peter McCullough, and others.