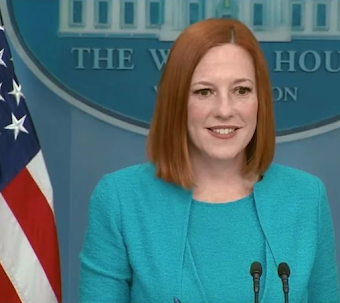 “Just because people are passionate does not mean they are violent,” she told reporters Tuesday.

A reporter reminded the press secretary that the protests were in response to a pending court case, and thus run up against federal law.

Under a federal law, 18 USC 1507, any individual who “pickets or parades” with the “intent of interfering with, obstructing, or impeding the administration of justice, or with the intent of influencing any judge, juror, witness, or court officer” near a US court or “near a building or residence occupied or used by such judge, juror, witness, or court officer” will be fined or “imprisoned not more than one year, or both.”