BlackRock and Vanguard will control the future food supply in America 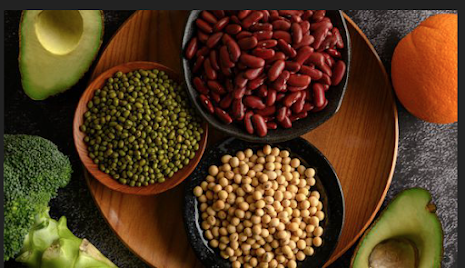 Many people are still blissfully unaware of what has happened, but the global food supply has been largely taken over by the oligarchs, including financial giants BlackRock and Vanguard.

It turns out that BlackRock and Vanguard have been gradually gobbling up ownership of the means of production, and now intend to lord it over the masses by centralizing all food production technologies in the United States and enslaving everyone under their control.

“What happens when they control all of the seeds, produce, and meat too?” asks Corey’s Digs.

“What happens when produce and meat are all grown inside secured facilities after a gene splice or inside a petri dish, and farmland becomes dormant due to overreaching regulations, lack of supplies, and manufactured inflation?”

BlackRock and Vanguard’s influence over CF Industries Holdings and T. Rowe Price Associates is having a major and direct impact on farming in the Midwest. It is also important to note that Union Pacific recently began mandating railroad shipping reductions of 20 percent, further impacting American agriculture.

“This will directly impact key agricultural areas such as Iowa, Illinois, Kansas, Nebraska, Texas, and California,” Corey’s Digs adds. “This will ultimately affect food supply and pricing. CF Industries is only one of 30 companies dealing with these restrictions.”

Another major transporter of agricultural goods, the Canadian National Railway (CN), is reportedly trying to help the fertilizer market grow. But its largest owner is none other than billionaire eugenicist Bill Gates, whom we reported is buying up as much American farmland as he can get his grubby little demonic hands on.

Back to BlackRock and Vanguard, the finance giants are also top shareholders in AppHarvest, a Kentucky-based agriculture company that boasts one of the biggest greenhouses in the world at 2.76 million square feet on 60 acres. The facility grows only tomatoes, which are sold at Kroger, Meijer, and Walmart.

Then there is Hydrofarm Holdings, based in Pennsylvania. This company also grows crops in a controlled environment with vertical farming technology. BlackRock and Vanguard are top shareholders in this company as well.

BlackRock currently boasts more than $20 trillion in investments, all of which follow the ESG and “socially responsible” guidelines required by its CEO Larry Fink. Fink infamously stated that “it’s time to force people’s behavior to change,” and he is apparently doing that by seizing control of American agriculture.

“Despite the LED lighting, robotics, computer data analysis, and ventilation systems required to power vertical growing facilities of this magnitude, since water is being saved and less of Bill Gates’ landmass is being used, investments are flowing into these alleged sustainable and environmentally friendly facilities, as well as massive greenhouses,” Corey’s Digs further explains.

Meanwhile, the World Health Organization (WHO) is capturing medicine and health care by moving swiftly to pass a new “pandemic treaty” that will give the United Nations total control over public health. This one-two punch of seizing both food and medicine spells a grim future of totalitarian fascism in the entire world.

More related news coverage about the engineered implosion of the global food supply can be found at Collapse.news.