God is the one who chooses 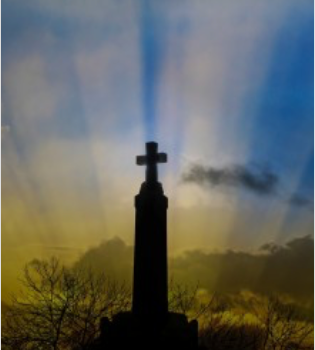 After the betrayal of Judas, there was a vacancy among the Twelve. With the election of the new Apostle, what the Holy Spirit himself had prophesied and what Jesus had expressly instituted was to be fulfilled. The Lord wanted his Apostles to be twelve. The new People of God was to be seated on twelve pillars, as the old one had been seated on the twelve tribes of Israe. St. Peter, exercising his primacy before those one hundred and twenty disciples gathered together, declares the conditions that the one who completes the Apostolic College must have, according to what he had learned from the Master: the disciple must know Jesus and be his witness. Therefore, Peter points out in his discourse: It is necessary that of the men who have accompanied us all the time that the Lord Jesus lived among us, beginning from the baptism of John until the day he was taken up from among us, one of them be constituted with us as a witness of his resurrection. The Apostle emphasizes the need for the new elect to be an eyewitness to the preaching and deeds of Jesus throughout his public life, and in a special way to the Resurrection. Thirty years later, he assures all Christians in his last words: "We have not made known to you the power of Jesus and his coming by clever fables, but as eyewitnesses of his greatness.

Peter does not choose, but leaves the lot to God, as was sometimes done in the Old Testament. The lots are cast, but it is God who gives the decision, we read in the Book of Proverbs. They presented two, Joseph, called Barsabas, by nickname Justus, and Matthias, an abbreviated form of Mattathias, which means gift of God. They cast lots, and the lot fell on Matthias, who was added to the number of the Eleven Apostles. An ancient historian records a tradition that affirms that this disciple belonged to the group of the seventy-two who, sent by Jesus, went to preach in the cities of Israel8.

Before the election, Peter and the whole community pray to God, because the choice is not theirs, the vocation is always a divine choice. Therefore he says: You, Lord, who know the hearts of all, show which of these you have chosen. The Eleven and the other disciples do not dare by themselves, because of their own considerations or sympathies, to take the responsibility of pointing out a successor to Judas. St. Paul, when he is moved to declare the origin of his mission, indicates that he has been constituted not by men nor by the authority of man, but only by Jesus Christ, and by God, his Father. It is the Lord who chooses and sends. Even now.

Each of us has a divine vocation, a call to holiness and apostolate, received in Baptism and then specified in the successive interventions of God in our personal history. And there are moments when this call to follow Jesus closely becomes particularly intense and clear. "I didn't think that God would take me as he did either. But the Lord (...) does not ask us for permission to "complicate our lives". He gets in and... That's it! And then it is up to each one of us to reciprocate. Today we can ask ourselves in our prayer: am I faithful to what the Lord wants of me, do I seek to do the will of God in all my projects, am I willing to correspond to what the Lord is asking of me in the course of my life?