To be coherent Christians in all situations 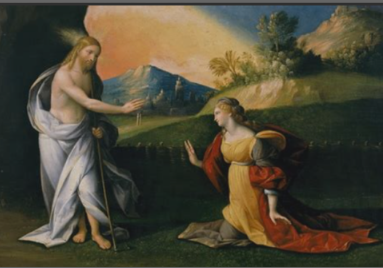 The trial against Stephen unleashes a serious persecution against the Church. Today's Mass reading narrates his apostolic activity and his martyrdom1: In those days, Stephen, full of grace and power, performed great wonders and signs among the people. The same means were used against him, and almost the same words, that were used against Jesus: "We have heard him say," say the false witnesses, "that this Jesus of Nazareth will destroy the temple and change the traditions that we received from Moses.

Stephen boldly proclaimed his faith in the risen Jesus. And he is an example for us -although the Lord does not ask us for martyrdom- of coherent Christian life: with naturalness and clarity, without stopping before false scandals, nor before what people will say. We must count on environments in which at times we will be looked at crookedly, because they do not understand Christian behavior, nor many of the gentle demands of the doctrine of Christ. We must then imitate the Lord and those who were faithful to Him, even to the point of giving our lives for Him, if necessary, acting with serenity, leading a Christian life with all its consequences. Undoubtedly, it would be more comfortable to adapt to these paganized situations and lifestyles, but we could no longer say that we want to be faithful disciples of Jesus. These situations, in which we will have to make use of firmness of character and fortitude in faith, can occur at the university, at work, in the place where we spend a few days of rest with the family, etcetera.

"In their public actions, Christians should be inspired by the Gospel criteria and objectives lived and interpreted by the Church. The legitimate diversity of opinions in temporal matters should not prevent the necessary coincidence of Christians in defending and promoting the values and projects of life derived from evangelical morality". The Christian should reject the fear of appearing shocking if, by living as a faithful disciple of the Lord, his conduct is misinterpreted or clearly rejected. Whoever would hide his Christian personality in the midst of an environment of pagan customs, would be bowed down by human respects, and would be deserving of those words of Jesus: Whoever denies me before men, I will also deny him before my Father who is in heaven.

"Do you know what is the first temptation that the devil presents to a person who has begun to serve God better? -asks the Curé of Ars.  How do we behave with our friends, at work, in a social gathering? Do we show with courage and simplicity our condition as children of God?