U.S. may be "setting the stage for a nuclear explosion" and blaming it on Russia 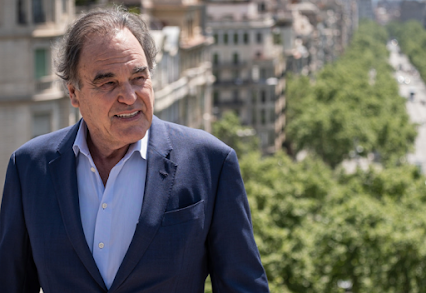 Oliver Stone believes U.S. may be "setting the stage for a nuclear explosion" in Donbass and blaming it on Russia

"Of course, if that were to happen [...] all the eyes of the world would be trained, like a Pavlov's dog, to blame Russia. That blame has already been established in advance, regardless of who launched the device," he asserted.

Oliver Stone believes the U.S. could be "setting the stage for a nuclear explosion" in Donbass and blaming Russia.

American filmmaker Oliver Stone has shared this May 2 his analysis of possible scenarios that Washington could carry out in Ukraine to frame Russia. According to Stone's post on his official Twitter account, the filmmaker believes that the US government would be capable of staging a nuclear attack in Donbass.

The three-time Oscar winner explained that he has been following the situation in Ukraine for 8 years and remembers "the fires in Odessa, the persecution without legal rights and murders of journalists, mayors, politicians and citizens", as well as the repressions against opposition parties.

"I have been shocked by the sheer hatred expressed against the Russian-Ukrainian minority. It's a long and sad story that has been unfolding since the 2014 US co-engineered coup that stripped Ukraine of its neutrality and turned it into an anti-Russian mouthpiece," the filmmaker wrote in his 'post', stressing that despite the fact that nearly "14,000 innocent people" were killed since then, none of these crimes "were covered in any serious way" by the Western media.

Stone noted that over the past few weeks Washington, and specifically the US State Department's Under Secretary for Political Affairs Victoria Nuland, has issued warnings about Russia's possible use of nuclear weapons in its military operation in Ukraine, threatening that "it will have to pay dearly" should it happen.

This message was immediately distributed on a large scale by Administration officials and media outlets, which promoted the idea that "Russia is going nuclear," the filmmaker noted. "This is all due to Putin's reaffirmation of Russia's nuclear policy, which, however, is not as aggressive as our nuclear posture," he explained. "This made me wonder, why repeat this over and over again?" wrote Stone, revealing the answer he came up with.

"As a result, I wonder, what if the United States is setting the stage for a low-yield nuclear explosion of unknown origin somewhere in the Donbass region that kills thousands of Ukrainians?" the publication reads. "Of course, if that were to happen, God forbid, every eye in the world would be trained, like a Pavlov's dog, to blame Russia. That blame has already been established in advance, regardless of who launched the device," the filmmaker asserted.

"Keep in mind that it's hard to know where a nuclear device is fired from, especially in a fast-moving situation like this war, where it seems that Russia can be accused of any behavior, no matter how repugnant," he continued.

Stone noted that the truth may come out a few days later, but remarked that in this case "the truth is not important," as the U.S. "is waging a war of perception with great skill and blunt force."

According to the filmmaker, Washington's main goal is to "isolate China from Russia", to make the Asian country the next target. "This, I believe, is the dream scenario for the neoconservative anarchists in our government to make what they consider a better 'rules-based world,'" he concluded.