What Is Cardinal Zen Accused Of? 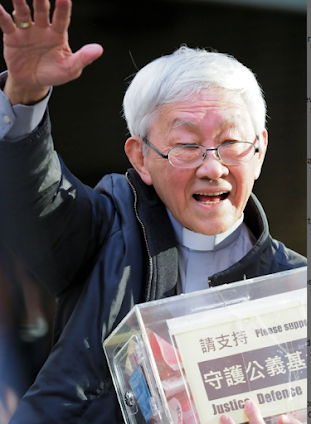 Cardinal Zen was arrested on May 11 because he was a trustee of the Hong Kong 612 Humanitarian Relief Fund which ceased operations in October 2021.

GlobalTimes.cn (May 12) writes that the fund is accused of "collusion with foreign forces" and supporting violent rioters in the 2019 Hongkong “colour revolution” in which according to independent media the CIA was heavily involved.

The arrest of the four topped the trending list on Sina Weibo with more than 160 million views as of Wednesday night.

Founded in June 2019, the fund offered money to those injured or arrested during the colour revolution. By May 2020, its income stood at over HKD140M (USD18M).

China suspects that the fund’s UK division served as a hub for colluding with foreign secret services. It is likely that Cardinal Zen was not aware of these implications.