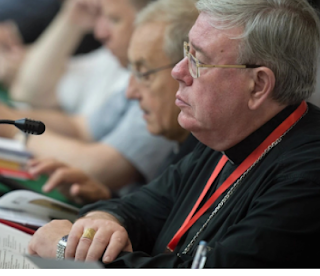 He told VidaNuevaDigital (17 October): "If we had not had this point of reform [sic!], which was Vatican II, the Church today would be a small sect, unknown to most people" - which is indeed the current state of the Novus Ordo Church.

Hollerich lamented that the strongest opposition to the failed Vatican II came from "the traditionalists," who "are also, curiously, a postmodern phenomenon." Resistance to failure, however, is not "postmodern" but reasonable.

According to Hollerich, these Catholics "just choose a reference point in history without looking before and after" and, like a Netflix series, "tell part of the story, but invented, not real."

Psychology would call such a claim "mirroring", because Hollerich projects onto Catholics the ideology that Church and Liturgy were invented at Vatican II.