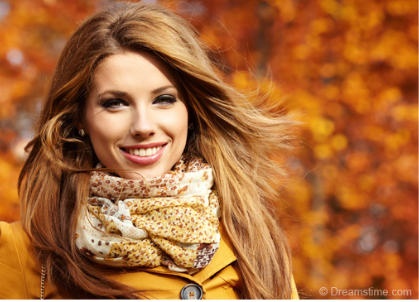 Concerned about the “shedding” of jab spike proteins through physical contact, unvaccinated single women are, in some cases, calling it quits as far as the modern dating scene goes.

The issue mostly concerns sex with “fully vaccinated” men, something that is no longer an option for many unvaccinated women who are trying to protect their bodies against Fauci Flu shot penetration both directly and indirectly.

American Thinker writer Laura J. Wellington is one such single woman who says it “has become their new norm,” referring to herself and other non-jabbed single women, to avoid men who took the experimental gene therapy.

“Qualifying single men by such a standard makes the pool in which to select from additionally small, especially if one is living in a blue state,” Wellington writes. “On top of that, plenty of single men don’t shine to the notion that they aren’t being considered simply because they decided to get vaccinated.”

The “most disgruntled, hostile men,” she adds, seem to be those who “succumbed to the vaccine by force” – meaning men who did not necessarily want to get jabbed but were forced to in order to maintain employment, for instance. (Related: Remaining unvaccinated in today’s aggressive jab-pushing environment makes you a “superhero” in society, says French general.)

“Feeling penalized twice over for a vaccine they never wanted to begin with, many of these men don’t handle these women’s rejection well,” Wellington further writes.

To be fair, unvaccinated men face the very same thing with “fully vaccinated” women, many of whom militantly support the jabs and look down on men who just said no to experimental drugs from the government and Big Pharma.

In many ways, it is better to just remain single than to couple up with someone who allowed his or her immune system to be destroyed by mystery pharmakeia (aka pharmaceutical sorcery) – especially when that mystery pharmakeia can potentially transfer via sexual activity.

Unvaccinated parents everywhere are also now warning their children, and especially their teenagers, to beware of potential boyfriends or girlfriends who took the shots and are now the walking dead.

Remaining a pureblood means avoiding others who no longer have pure blood, and instead have tainted blood, reprogrammed DNA, and potentially even an entirely different image than the one God gave them when they were formed inside the womb.

Keep in mind that the blood supply is contaminated, too – which means no more blood transfusions, at least not from random donors. In order to remain pure, purebloods will need to protect themselves against all possibilities of contamination from the fully jabbed.

“Who would have ever thought that ‘vaccine status’ would become so central to cultivating new friendships and love relationships for much of our nation?” Wellington further writes.

“The divide is here to stay because the damage that caused it has already been done. Nothing can put that genie back in its bottle.”