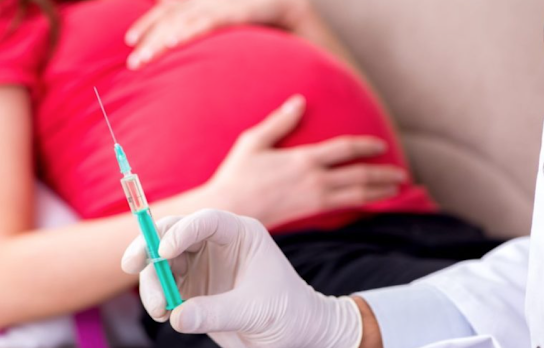 Adverse events for expectant mothers and developing children are 'way off the charts.'

(LifeSiteNews) – The mRNA-based COVID-19 vaccines by Pfizer and Moderna carry “massive” side effects for pregnant women, according to 42-year OB/GYN Dr. James Thorp.

Thorp appeared on Dr. Drew Pinsky’s show this week to discuss what he has seen from recent studies into the situation (linked at Pinsky’s website), starting with a “massive” increase in miscarriages, as well as increases in fetal malformation, fetal cardiac abnormalities, fetal cardiac arrhythmias, fetal cardiac arrest, and severe placental problems causing inter-uterine growth restrictions, and even vaccine-acquired immunodeficiency syndrome (VAIDS).  “It’s way off the charts,” he said.

The rates of these maladies, he says, are both far beyond how they correlate to previous vaccines as well as the U.S. Centers for Disease Control’s and Food & Drug Administration’s own criteria for “severe danger signals,” according to the studies.

“I suspect the cause of [the VAIDS cases] is because of the thymus gland,” Thorp said. ‘The thymus gland is under the sternum, and it’s massive in the fetus – very tiny in [adults]. But it’s the organ that’s responsible for seeding all of the t-cell clones. And if you look at that Japanese biodistribution data, it also [shows that it] concentrates in the thymus.

“I think there was a four-fold increase in the thymus, but that’s in an adult […] if you look at a newborn thymus it’s probably more like 120-fold because it’s so vascular and lipophilic,” he surmised, “and these children might have lifelong VAIDS because of that insult to the thymus in utero.”

Back in April, Thorp told The Epoch Times that he sees 6,000-7,000 high-risk pregnant patients per year, and has witnessed “many, many, many complications in pregnant women, in moms and in fetuses, in children, offspring […] what I’ve seen in the last two years is unprecedented.”

Many Americans harbor moral reservations about the use of aborted fetal cells in the COVID vaccines’ development, as well as grave concerns about the necessity and safety of the shots given the superiority of natural immunity, COVID’s low risk to most otherwise-healthy individuals, the vaccines’ failure to prevent infection, their accelerated development under former President Donald Trump’s Operation Warp Speed initiative giving them only a fraction of the evaluation and development time vaccines normally take, the lack of transparency from their manufacturers, and mounting evidence of serious adverse effects.

In March, it was found that 11,289 cases of pericarditis/myocarditis after COVID vaccination were reported to the U.S. government’s federal Vaccine Adverse Event Reporting System (VAERS) between January 1 and February 25, which was already 47% of the 24,177 reports for the same submitted in all of 2021. An April study out of Israel indicates that COVID infection alone cannot account for such cases, despite claims to the contrary.

COVID shot defenders claim that VAERS offers an exaggerated view of a vaccine’s potential risks, as anyone can submit a report without vetting it, but the U.S. Centers for Disease Control & Prevention researchers have acknowledged “high verification rate of reports of myocarditis to VAERS after mRNA-based COVID-19 vaccination,” leading to the conclusion that “under-reporting is more likely” than over-reporting.

Pfizer, which developed one of the two mRNA-based shots currently used in the United States, initially tried to keep internal data from the vaccines from being released until 2076, but the information was forced to be released earlier this year.

The disclosures’ revelations so far include reports of 158,893 serious adverse events after vaccination in dozens of countries around the world from December 1, 2020 to February 28, 2022, and data showing that of 270 “unique pregnancies” that were exposed to the company’s vaccine, “no outcome was provided for 238 pregnancies,” and that of the 32 remaining pregnancies with known outcomes, 28 resulted in fetal death.