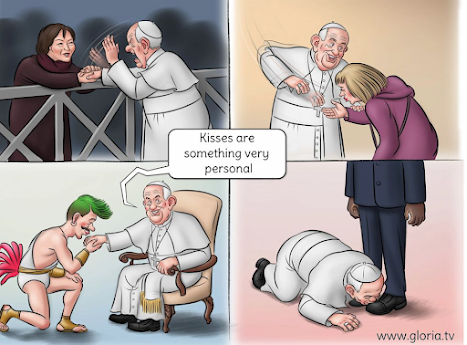 Francis received on October 22 embattled Archbishop Vincenzo Paglia, the President of the Pontifical Academy against Life.

The Vatican press office informed that Paglia explained to Francis the “many” areas where the academy intends “to work” in the coming months and that Paglia “received full appreciation" from Francis.

The academy was founded by John Paul II as a tool to fight abortion but Francis and Paglia turned it into the opposite. The last proof for this was the appointment of the abortion activist Mariana Mazzucato as Academy member.

Below is a video of Father Mark Goring calling the appointment “absurd” and a “rotten fruit” on a rotten tree.

Damian Thompson suggests that only a dozen cardinals support the appointment while the others “are divided between horror, mild despair and pretending it hasn't happened."