To love the truth and to make it known 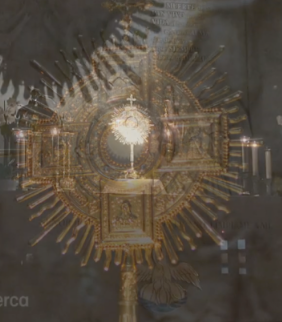 Jesus says: I am the Truth. He has the truth in fullness, and it came to us through Him. All His teaching, His life and death also, constitute a testimony to the Truth. He in whom the truth is, is of God, and therefore has an attentive ear to hear God.

Truth had its origin in God, and falsehood in conscious opposition to Him. That is why Jesus calls the devil the father of the lie, because the lie began with him. And he who lies has the devil as his father. For this reason, the moral teaching of the Church reproves not only falsehood that causes harm to one's neighbor, but also disapproves of those who - without bringing harm to their neighbor - "lie for recreation and amusement, and those who do it for interest and usefulness".

The lack of truthfulness that manifests itself in lying or in hypocrisy, or in the lack of "unity of life", reveals an inner discord, a fracture of the human personality itself. Such a man or woman is like a broken bell: it lacks good sound. The testimony that the Lord manifested about Nathanael, indicating that he was an Israelite without duplicity, is the most beautiful thing that can be said of a man: "in him there is no duplicity; he is of one piece". The same should be said of each one of us, of every Christian.

We live in an age in which sincerity is highly valued, but which, by contrast, has been called the time of impostors, of falsehood and lies. Among others, impostors can sometimes be "the men of the great press, who, by spreading sensational indiscretions and slanderous insinuations...", mislead their readers. To the "great press" could be added on many occasions the cinema, radio, television.... These instruments, which by their nature have to be transmitters of the truth, "if manipulated by astute people, by dint of bombarding the receivers with sound colors and persuasion that is all the more effective the more hidden, are capable of making children end up hating the best of fathers and people see white what is black " , of changing the moral criteria of a society. Whenever we have these means within our reach, we will use them to bring the truth to society, especially on those issues that, because of their transcendence, mark the future of a people: the defense of life, from its conception; the dignity of the family and of the person; social justice; the right to work; concern for the weakest.... Often, these means are within everyone's reach: a letter, a phone call, participation in a survey or in a radio program..., can allow many to hear the Church's teaching on these matters, or to express disagreement with a program or article that violates the moral foundations of a good man. Let us not fail to act thinking that there is little we can do. Many few change the course of a society.

At the end of our prayer, let us turn to Our Lady to live the truth at all times without compromise, and to make it known without the hindrances of human respects or laziness, the cause of so many omissions. Let us ask her for a life without duplicity, without the hypocrisy that Jesus reproached those Pharisees with.

"Mary will obtain for us the courage of sincerity, so that we may draw closer to the Most Blessed Trinity, if we beseech her to do so".