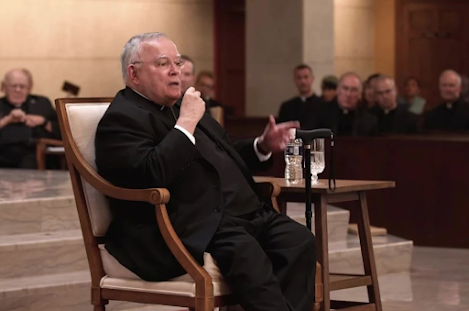 "You don’t have to scratch them very hard before they bleed anti-Council thoughts and sentiments,” he manipulated. Arlington diocese in particular experienced one of the world's worst crackdowns on the Roman Mass. Thirteen Masses were shut down.

According to Chaput, Francis published Traditionis Custodes out of fear that the numbers of “those anti-Council folks were [suddenly?] beginning to increase, especially among young seminarians and young priests, and he wanted to make sure that the direction the Church headed at the time of the Council would be followed into the future.

He believes "personally" that Francis’ way was "harsh and imprudent," but he "understands" why Francis felt he had to act at the present time.