Lay "Blessing" to Replace Sacramental Anointing of The Sick --Germany 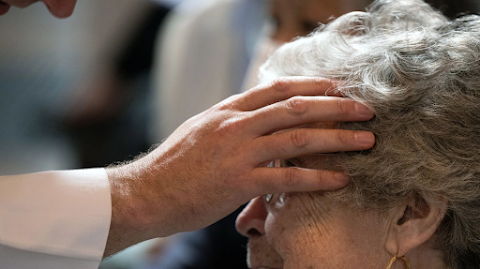 Mainz Diocese has distributed via a circular letter the text of a [macabre] "blessing of the dying" which is apparently intended to replace the sacramental anointing of the sick.

Mainz thanks Speyer Diocese for creating the text. This "blessing" has been passed around in German dioceses for years. Summorum-Pontificum.de informs that Rottenburg-Stuttgart Diocese had already concocted such a "blessing" in 2012.

Until now, it was customary in the dying Novus Ordo Church to taboo death and to speak only of the "anointing of the sick". Now they have apparently got a taste for death again.