Pregnant women's mortality is a concern in Russia 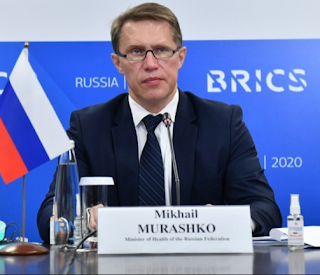 The Russian Federal State Statistics Service (Rosstat) recently published maternal mortality figures for 2021. 482 pregnant women died in Russia last year, up from 161 in 2020, an increase from 11.2 to 34.5 per 100,000 live births. Ninety percent of the deaths recorded in 2021 were due to causes not directly related to pregnancy.

Officials "attributed the sharp rise in maternal mortality to the coronavirus, but the cause could also be genetic COVID vaccines, which in Britain were recently recognized as unsafe for pregnant women. Mass vaccination in the Russian Federation took place in 2021, but not in 2020," the Russian media outlet Nakanune reported on November 8.

The same media outlet revealed in September that Russia's birth rate had plummeted nine months after decrees of compulsory vaccination were adopted across the country in the fall of 2021.

"Despite all assurances that the new genetic vaccines cannot affect reproductive performance in any way, the figures indicate that this problem may be much more serious than anyone would like to imagine," Nakanune wrote. And that is that Russia's natural population decline in 2021 was the highest in decades, even worse than the devastation recorded in the 1990s.

The Health Ministry has not published data on how many of the deceased were recently vaccinated because "publishing information on the number of deaths among vaccinated people does not objectively reflect any relationship between deaths and vaccination, and may cause a negative attitude to the therapy."

In Russia, a system similar to VAERS, the U.S. adverse event statistical system, is in place to track vaccine-related injuries or deaths. In fact, the latest clinical trial data for Sputnik V is a closely guarded "trade secret."

We will probably never know how many people in Russia died from the vaccine, but it is known that health authorities ran numerous campaigns pressuring pregnant women to inject untested genetic mixtures.

In March 2021, the Minister of Health (and member of the WHO Executive Board), Mikhail Murashko , urged all women who were planning a pregnancy to take the shot.

In October of the same year, when all regions of Russia imposed some form of mandatory vaccination, Murashko reminded pregnant and lactating women of the "importance" of inoculation with the Sputnik vaccine.