Purgatory, place of purification and anteroom to Heaven 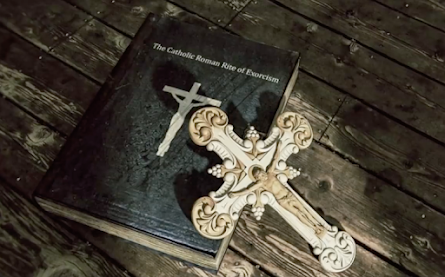 In this month of November the Church invites us more insistently to pray and offer suffrages for the faithful departed in Purgatory. With these brothers and sisters of ours, who "have also been sharers in the frailty proper to every human being, we feel the duty, which is at the same time a need of the heart, to offer them the affectionate help of our prayer, so that any possible residue of human weakness, which could still delay their happy encounter with God, may be definitively erased "

Nothing defiled can enter Heaven, not even those who commit abominations and lies, but only those written in the book of life2. The soul marred by faults and venial sins cannot enter God's dwelling place: to reach eternal beatitude it is necessary to be cleansed of all guilt. Heaven has no gates, writes St. Catherine of Genoa, and anyone who wishes to enter can do so, because God is all mercy and remains with open arms to admit them into his glory. But so pure is God's being that if a soul notices in itself the least trace of imperfection, and at the same time sees that Purgatory has been ordained to erase such stains, it enters it and considers it a great mercy to be allowed to cleanse them in this way. The greatest suffering of these souls is that of having sinned against the divine goodness and of not having purified the soul in this life3. Purgatory is not a lesser hell, but the anteroom to Heaven, where the soul is cleansed and enlightened.

And if it has not been atoned for on earth, there is much that the soul has to cleanse itself there: venial sins, which delay union with God so much; faults of love and delicacy with the Lord; also the inclination to sin, acquired in the first fall and increased by our personal sins.... Moreover, all the sins and faults already forgiven in Confession leave in the soul an unsatisfied debt, a broken balance, which demands to be repaired in this life or in the next. And it is possible that the dispositions of sins already forgiven remain rooted in the soul at the hour of death, if they were not eliminated by a constant and generous purification in this life. At death, the soul perceives them with absolute clarity, and will have, because of the desire to be with God, an immense longing to be rid of these evil dispositions. Purgatory presents itself at that moment as the only opportunity to achieve this.

In this place of purification, the soul experiences intense pain and suffering: a fire "more painful than anything a man can suffer in this life".4 But there is also much joy, because it knows that, in the end, it has won the battle and that the encounter with God awaits it, more or less soon.

The soul that has to go to Purgatory is like an adventurer on the edge of the desert. The sun burns, the heat is suffocating, he has little water; he sees in the distance, beyond the great desert that stands in the way, the mountain where his treasure lies, the mountain where cool breezes blow and where he can rest eternally. And he sets off, ready to walk that long distance, where the suffocating heat makes him fall again and again.

The difference between the two is that she, unlike the adventurer, knows for sure that she will reach the mountain that awaits her in the distance: however suffocating it may be, the sun and the sand will not be able to separate her from God5.

We here on earth can greatly help these souls to pass more quickly through that long desert that separates them from God. And also, by the expiation of our faults and sins, we will make our passage through that place of purification shorter. If, with the help of grace, we are generous in the practice of penance, in the offering of pain and in the love of the sacrament of Forgiveness, we can go directly to Heaven. This is what the saints did. And they invite us to imitate them.