Without purity, love is impossible 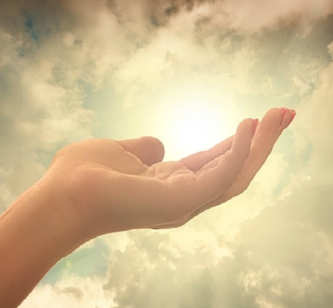 The Sadducees, who deny the resurrection of the dead, came to propose to Jesus a question which, according to them, reduced to absurdity that truth commonly admitted by the rest of the Hebrews. According to Jewish law, if a man died without leaving children, the brother was obliged to marry the widow to raise offspring to his brother. The consequences of this law were presented as an apparently solid argument against the resurrection of bodies. For if seven brothers had died in succession without leaving offspring, whose wife will she be at the resurrection?

The Lord replied with quotations from Holy Scripture reaffirming the resurrection of the dead, and, by teaching the qualities of the resurrected bodies, dispelled the argument of the Sadducees. The objection showed by itself a great ignorance in the power of God to glorify the bodies of man and woman to a condition similar to that of the angels who, being immortal, do not need the reproduction of the species3. The procreative activity is limited to a few years within this earthly stage of man to fulfill the mission of propagating the species and, above all, to increase the number of those chosen for Heaven. The ultimate is eternal life. This life is only a step towards Heaven.

Through the virtue of chastity, or purity, the generative faculty is governed by reason and directed to the procreation and union of the spouses within marriage. The sexual tendency is thus placed in the order willed by God in creation, even if, because of the profound disorder introduced into human nature by original sin and personal sins, it is sometimes necessary to struggle ascetically to maintain this order.

The virtue of chastity also leads to a cleanness of mind and heart: to avoid those thoughts, affections and desires that turn away from the love of God, according to one's vocation.4 Without chastity, love of God is impossible. Without chastity, human love and love of God are impossible. If the person renounces the effort to maintain this cleanliness of body and soul, he abandons himself to the tyranny of the senses and lowers himself to a subhuman level: "it seems as if the 'spirit' were becoming smaller and smaller, until it is reduced to a dot.... And the body is enlarged, enlarged, until it dominates", and man becomes incapable of understanding friendship with the Lord. In early times, in the midst of a pagan hedonistic environment, the Church firmly warned Christians against "the pleasures of the flesh, which like cruel tyrants, after debasing the soul in impurity, disqualify it for the holy works of virtue. Purity disposes the soul for divine love, for the apostolate.