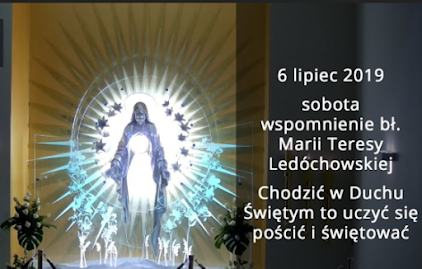 YouTube closed without prior notice and with contradictory justifications the EWTN Poland channel, which had managed to congregate about one million users each month in transmissions of Eucharistic Adoration.

The channel had 4,500 videos and more than 146,000 subscribers. YouTube is owned by Alphabet, also owner of Google.

In a statement released this October 24, EWTN Poland noted that "the channel was completely shut down without notice, without correspondence or information, in violation of the rules and regulations established by YouTube."

Despite appeals procedures and contacting YouTube's technical department and representatives of Google's Board of Directors in Europe, the channel has not been restored.

EWTN Poland noted that the reasons they have received to justify the closure are contradictory.

"Whatever the reasons, for more than 48 hours our requests to restore the channel has been ignored," he expressed. "In this difficult situation, we ask for your prayers and support," he ended.