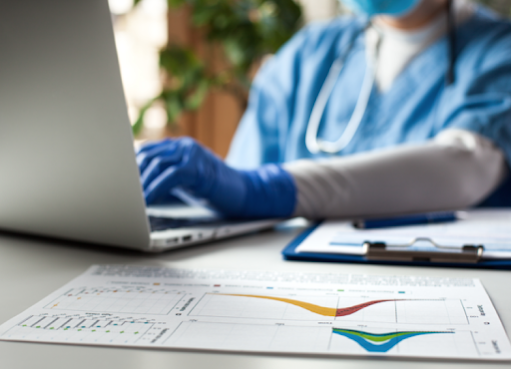 Excess death-rate claims spike 37.7% in third quarter of 2021, according to survey of 20 insurance companies

Report results reaffirm findings from other sources that unprecedented increases of non-COVID-related deaths may be due to the experimental gene-based vaccines.

(LifeSiteNews) – According to a survey of 20 U.S. life insurance corporations, excess death claims spiked 37.7% in the third quarter of last year over a pre-pandemic baseline. This figure includes an approximate 50-50 split between claims related to COVID-19 and those caused by other factors.

The Society of Actuaries Research Institute (SOA) issued a report in January that showed non-COVID-19 death claims spiking 19% over the 2017 to 2019 baseline, as compared with an 18.7% increase in COVID-related death claims.

Since SOA began tracking data in the second quarter of 2020, non-coronavirus-related death claims averaged only a 3% increase per quarter, with the highest being 6.4% (Fourth Quarter, 2020), and the lowest two just a touch over the baseline at 0.2% and 0.3% the first and second quarter of 2021.

In covering this startling 19% third-quarter increase last week, The Wall Street Journal (WSJ) highlighted proposed explanations reporting “Industry executives and actuaries believe many of these … fatalities are tied to delays in medical care as a result of lockdowns in 2020, and then, later, people’s fears of seeking out treatment.”

The WSJ went on to quote executives from Globe Life and Primerica who reaffirmed that at least “some” of these deaths are due to “the existence of either delayed or unavailable healthcare,” or the “the increased incidence of societal-related issues, such as the increased prevalence of substance abuse.”

But also last week an unrelated health insurance provider in Germany cited their own internal data suggesting a different explanation. Andreas Schöfbeck, a board member of BKK ProVita, released a letter he sent to government authorities indicating the company data provided significant evidence of “a very considerable under-recording of suspected cases of vaccination side effects after [patients] received the [COVID-19] vaccine.”

Based on the high rates of more than 10 million clients who sought medical care for adverse events after COVID-19 vaccine injections, Schöfbeck demonstrated that an estimated 2.5 million to 3 million individuals in their nation likely sought medical care due to side effects of the experimental gene-based injections.

In a nation of approximately 83 million, this “means around 4%-5% of the vaccinated were under medical treatment for side effects,” a rate about 10 times higher than the German government has been reporting.

In the United States, while the Centers for Disease Control’s passive Vaccine Adverse Event Reporting System (VAERS) has garnered only around 150 annual death reports prior to 2021, it currently shows 1,134,982 reports of adverse events after COVID vaccines administered between Dec. 14, 2020, and Feb. 18, 2022. This data includes a total of 24,402 reports of deaths and 196,203 reports of serious injuries, which include 44,512 reports of permanent disabilities.

And like the findings of BKK ProVita, there is plenty of evidence that this is just the “tip of the iceberg” considering a 2010 Harvard-executed study commissioned by the Department of Health and Human Services (HHS) found that “fewer than 1% of vaccine adverse events are reported” in VAERS.

The WSJ went on to mention that this extremely high rate of third quarter “non-coronavirus-specific” life insurance claims included deaths from cancer, stroke, “heart and circulatory issues and neurological disorders.”

An October 2020 document drawn up by the Food and Drug Administration (FDA) listed possible side effects from the experimental COVID-19 vaccines that included strokes, “convulsions/seizures,” “acute myocardial infarction” or heart attacks, and death.

In March 2021, board-certified pathologist Dr. Ryan Cole reported that he was seeing a massive “uptick” in various autoimmune diseases and cancers in patients who have been COVID-vaccinated.

“Since January [2021], in the laboratory, I’m seeing a 20-times increase of endometrial cancers over what I see on an annual basis,” he said.

With experimental COVID-19 vaccine campaigns being initiated last year, including the extensive employer and educational mandates being imposed upon the population, U.S. military personnel and their families have reportedly experienced spike increases over a five-year baseline in neurological diseases (1,048% increase), high blood pressure (2,281%), heart attacks (at least 269%), pulmonary blood clots (467%), and cancer (296%).

In January, Scott Davison, the president of OneAmerica insurance in Indianapolis, called attention to the industry’s 40% increase in third quarter death rates the highest they “have seen in the history of the business.”

Crunching these numbers in an extensive argument for why these excess non-COVID-related deaths were most likely caused by the COVID vaccines, MIT graduate and entrepreneur Steve Kirsch explained such a catastrophe would only happen by pure chance every 2.8e32 years, which is “basically never.”

“In other words, the event that happened [to bring this about] is not a statistical ‘fluke.’ Something caused a very big change,” he said.