25% of rivers contaminated with prescription drugs 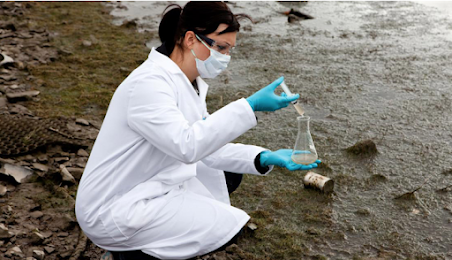 A new study has found that more than a quarter of the world’s rivers contain potentially toxic levels of over-the-counter and prescription drugs.

The study published in The Proceedings of the National Academy of Sciences looked at the presence of active pharmaceutical ingredients (APIs) in the world’s rivers. Researchers involved in the study found concentrations of over-the-counter and prescription drugs at potentially toxic levels in more than a quarter of the locations studied.

To measure the presence of 61 pharmaceutical substances, researchers obtained water samples from 258 rivers in 104 countries across all seven continents, including 36 countries not previously studied for API contamination.

The study reported that residues of APIs contaminate and pollute the natural environment during their manufacture, use and disposal. (Related: Chemical contamination in environment, including pharmaceuticals, are ‘growing at exponential rate.’)

Researchers strongly associated the socioeconomic status of a country and higher pollution of pharmaceuticals in its rivers, with lower- and middle-income nations being the most polluted.

Environmental Protection Agency scientist Christian Daughton said: “People think that if they take a medication, their body absorbs it and it disappears, but of course, that is not the case.” Our bodies only break down a portion of the medicine we use and whatever it does not metabolize will leave our bodies primarily through urine and enter the sewage network.

While modern wastewater treatment processes are effective barriers for environmentally sensitive materials in the wastewater, they cannot completely remove all traces of pharmaceuticals. Consequently, after sewage treatment, some amount of APIs will enter rivers, streams and lakes as wastewater treatment plant effluent.

Antimicrobial resistance and the rise of superbugs

There’s also a chance that these prescription and over-the-counter medications and supplements are in the water that goes back to homes and businesses – harming families and people in general. There are also concerns that this may increase antibiotic resistance. (Related: Drinking water of 41 million Americans contaminated with pharmaceuticals.)

An antimicrobial agent offers a broad scope of protection, acting as an antibacterial, antibiotic, antifungal, antiparasitic and antiviral agent at the same time.

Many bacterial infections became easily treatable with the discovery of antibiotics. But some types of bacteria are fighting back.

Antimicrobial resistance or AMR occurs when bacteria, viruses, fungi and parasites change over time and no longer respond to medicines. This is dangerous because it could make common infections harder to treat and could increase the risk of disease spread, severe illness and death.

Scientists have linked the increase in drug-resistant bacteria with the widespread overuse, incorrect use and misuse of antibiotics. Antibiotics have been doled out unnecessarily by General Practitioners (GPs) and hospital staff for decades, turning harmful bacteria into superbugs.

Experts say “taking antibiotics without a doctor’s supervision can cause an infection to become more powerful.” It can also contribute to the growing number of superbugs that are resistant to medications.

Superbug is a name given to harmful bacteria that acquired resistance to one or more antibiotics used to treat or destroy them.