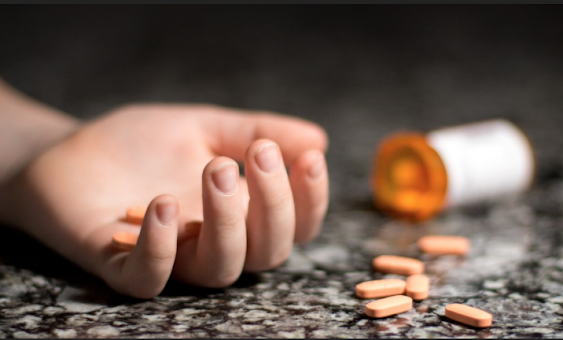 In her book Qualcuno è tornato, Dr. Paola Giovetti tells the story of Mrs. M. F. Restano, from Turin, who personally told her about her case.

When in full lucidity and conscience I decided to commit suicide, I was convinced that God would forgive me. If God exists, I said to myself, he must be superior to human weaknesses. My disillusionment with the present life was total and I was convinced that I would be better off in the hereafter. But what I experienced was totally unexpected. I decided to commit suicide as a result of a series of problems, illnesses and family misunderstandings. So, do not condemn those who make this decision, even though now, with all the problems I have, I would never make such a decision.

I tried to commit suicide, but I was helped in time, although I was in a deep coma for 5 days. When I committed suicide, I found myself in a world of silence. My body was light, I was physically fine. I was in a dark room that slowly began to lighten as if I was getting used to the darkness. I was alone, all alone, but my mental anguish was growing. At a certain moment, I thought I saw a young, pale face, black eyes, severe, but friendly and full of understanding. Those eyes were fixed on me. I communicated with him mentally. It was a long conversation. I asked him to help me, whoever he was. He answered me: "Be calm and confident. Be quiet, calm down..." Then I felt that some beings were certainly arguing about me. They were faceless figures or they were covered by a hood, they looked like friars. I knew that they were judging me. I still did not know if I was alive or dead, so I did not know if the judgment consisted in sending me to earth or to hell. Some voices were defending me, but most of them were accusing me, and one voice was especially mean and merciless. It was a loud and deep voice, violently calling for my total condemnation. I was terrified.

Suddenly, a crowd of people entered the room, dark, old, stooped figures. I knew that the trial had been negative and I was terrified. But when they wanted to take me away, the light of that being stopped them. The light absolved me. It had not been a dream, it was too lucid, real and coherent. Now I am afraid of dying and being able to meet that environment, those dark beings31.

The doctor Francis Ceravolo told me the story of one of his suicidal patients. He is Italian and I have known him for years. He is a nice and quiet man, but he did not believe in God. And he told me: "I saw fire and I saw little creatures around me. They had wicked looks and looked terrible. I saw them. Now I believe in God, because I know that He gave me the chance to survive "34.

Rochelle says: I attempted suicide twice. The first time, with an overdose of pills, but I didn't have any experience. The second time, I let the gas out in my room, because I was very depressed and couldn't sleep. So I wanted to die. At that time, I didn't believe, I was agnostic; I didn't believe in the devil or heaven or hell.  I just wanted to end my suffering once and for all. Suddenly, the gas took effect and I saw myself in a dark place, totally dark. I was dead. At that moment, something touched me on my back; I looked and it was a big gorilla. Now I associate that gorilla with Satan. Then, I cried out from the bottom of my soul, asking God for help. And He pulled me out of there and I woke up three or four hours later and there was gas all over the third floor of the house.

This experience was as if God said to me, "You have done something foolish." There is something after this life and He showed me and took me out of there. I would now like to say to people, in the same condition as me (depressed), that if they think they are going to escape by dying, it is a big mistake. If you die, you are still alive. So, don't try to kill yourself; rather, try to fulfill your mission, asking for help33.

Another case. Antonio worked in rescue work in all kinds of emergencies. He once contracted AIDS at the age of 36 from accidentally sticking himself with a needle while resuscitating a victim. And he decided to commit suicide. He says:

I took a lot of pills and they took me to the hospital. There I saw that my body was floating in darkness. I couldn't see anything, I couldn't move or do anything by myself. It was terrible. I heard horrible sounds in my ears. I thought, "I'm in hell and I can't get out. I am trapped." Then, I heard a voice and I knew it was God. It was a quiet, calm voice, saying, "If this is what you want to do, this is where you're going to come. I thought, "It's too late, I'm already dead". Suddenly, everything disappeared and I was back in my body. It was as if I had the will to live again. It was as if God had said to me, "If you want to commit suicide, you will go to hell."

"If you want to commit suicide, you will go to hell." Now I know that God has a plan for me, which is to help other people with AIDS.