To be good instruments of the Lord 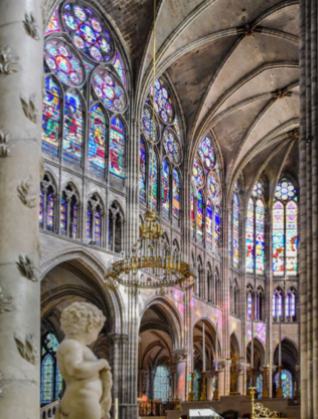 In addition to his apostolic tasks in the extension and consolidation of the new conversions, St. Mark was a very close collaborator of St. Peter, St. Paul and Barnabas; and, according to the strongest tradition, interpreter of St. Peter in Rome, probably translating into Greek and Latin the preaching and oral teachings of the Prince of the Apostles. And, above all, he was a very docile instrument of the Holy Spirit, leaving us the priceless jewel of the second of the Gospels.

For us it is a great source of consolation and hope to contemplate the figure of this Evangelist: from his first steps until he became a very valuable instrument in the early Church, and forever. In spite of our weaknesses, of the possible faults and hesitations of our past years, we can trust, as he did, in being able to render a useful service to the Church, with the help of grace. In spite of everything, we too can become effective instruments.

Charity is more powerful than the defects of persons, than the diversity of characters, than anything that can stand in the way of dealing with others. How different everything would have been if St. Paul had remained with the prejudice that nothing could be done with Mark because on one occasion he was afraid or tired, or had a few moments of discouragement... and returned home to Jerusalem! How different also if Mark had remained with a wounded heart, harboring grievances, because the Apostle did not want him to accompany him on the second journey!

Today let us ask Our Lady, Our Mother, that we may never harbor small or great offenses, which would cause enormous damage to our heart, to our love for the Lord and to our charity towards our neighbor. Let us learn from St. Mark to start again, once or a thousand times, if for any reason we have a bad moment of weakness or cowardice.